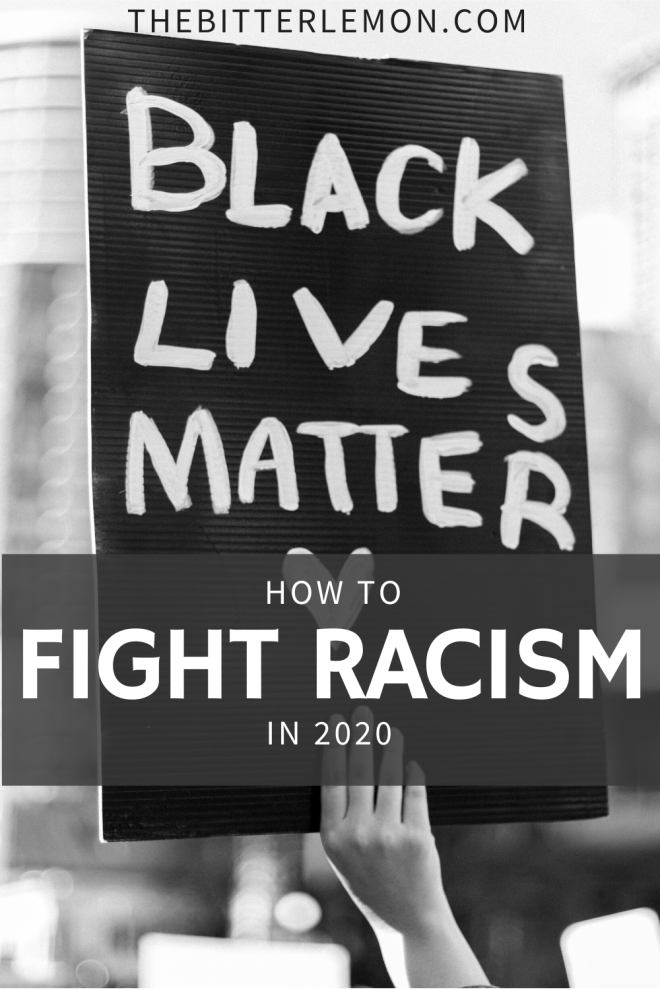 There’s no great way to start out a blog post about white police officers murdering innocent black people in our country in 2020. It is still happening, and it’s happening in broad daylight and it’s on camera.

Why? Because racists have been empowered by the historical systems and institutions in America. They are SO empowered that they’ll kill an innocent black person just because they can.

I am not going to claim that I know everything about institutional racism, nor that I know all of the possible ways we can dismantle these systems.

But I do know that I’ve been learning a lot about my own privilege over the years, and I know I have this platform and I’m not going to sit idly by while innocent black lives are taken, time and time again.

I encourage you to take action. Whether that means donating money or your time, signing a petition, or taking it to the streets. If you are not taking action, you are part of the problem.

I’ll say that again: If you are doing nothing to resolve this problem, then you are adding to it.

This blog is mostly a place for lifestyle, beauty and other fun stuff, but it is not okay to ignore this issue. I’ve written about racism here before, and I will continue to use this space to remind others that racial injustices are still happening — even when they are not caught on camera or on the front page of the paper.

I’m going to make this a giant list of resources and places that need our help, and I’ll update this and add to it, as needed. Change does not happen over night. Many of us have been fighting for change for years. America was built on racism, and it will take much work to tackle it.

With that in mind, it’s important to STAY WOKE. Do not be fooled by white leadership and the systems that support them. Also, get rest. Revolutions require energy and patience.

Places to Donate to

Ways to Fight Racism in Texas

Please note that these posts also include even more links to readings and resources.

Shows, movies, and podcasts That Have helped me see my white privilege:

Again, this is not an end-all-be-all list, but it is a start. This is going to be a long, difficult summer. Rest up. Educate yourself. Stay woke. Vote.

This is an evolving post that will live permanently in the main menu of Thebitterlemon.com. Stay safe out there. Be kind to each other. Do not be complicit.