Happy Thanksgiving week! I’m hoping, for your sake, that you’re reading this from the comforts of your bed, a plane, a train, or perhaps your childhood home as you’re gearing up to celebrate the tastiest of holidays. I will be at the office this week, until the end of business on Wednesday, anyway. However, The Bitter Lemon will still be serving up fresh content just for you, ALL week, just in case you need a getaway from it all!

While I am pretty much never excited for Monday’s arrival, I do love me some Sunday night TV. We are just two episodes out from the season finale of HBO’s “Insecure”, and it could not be more bittersweet.

Will Issa’s lie blow up in her face in front of Daniel, Lawrence, Molly, AND all of her coworkers and kids in tonight’s episode? Will Lawrence leave her for the job in Santa Monica at the season’s end? How will HBO leave us hanging in anticipation for season two (which was confirmed by HBO last week)? 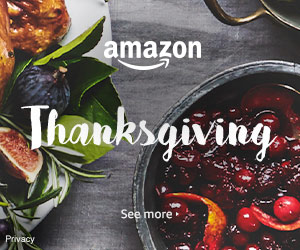 Let’s get into it!

At the start of the episode, Issa is shopping for a dress for her office fundraiser with Molly. Molly seems shocked that Issa even cares – but it seems Issa has taken on a new attitude, “Give all the fucks” instead of none.

She claims she wants to work/care for her man, and her job. Molly seems skeptical.

Later, Molly runs into an old friend from school. It seems as if this friend didn’t have it all together back in the day, but now she’s all cleaned up. The friend says she can thank therapy, and it’s obvious Molly’s wheels are turning.

When she tells Issa about it, Issa says maybe therapy wouldn’t be a bad idea, just to have someone to talk to. Molly seems pretty pissed by this idea, and confirms that she does NOT need therapy.

Meanwhile, Lawrence is on his interview for the tech job, and he appears to be nailing it, so much so, that he gets a job offer right on the spot. He comes home and tells Issa, and she is really excited for him. He seems excited too, until he starts telling her that his app was already ahead of the company’s that he got the job for. So, maybe he should ditch the job and continue working on his app.

Issa is obviously deflated by this idea, and tells him he can always keep working on the app on the side. While Lawrence verbally agrees, it sort of appears he feels Issa is not fully supportive of his dreams.

At the fundraiser, Issa looks great, and so does Lawrence, and just as he’s announcing to her coworkers about his new job, Issa sees Daniel walk in. Molly runs to him to see if she can diffuse the situation. Daniel assures her he’s there “for the kids”.

When Issa confronts him, he wants to know why she tossed him to the side; didn’t their night together mean something? “You were just an itch I needed to scratch,” she tells him. Ouch. And with that, he walks out of the fundraiser and runs into Lawrence while waiting on the valet. Although the two don’t speak much, it’s obvious Lawrence knows something happened between him and Issa.

Inside the party, one of Issa’s coworkers offers to buy Molly a drink and she rudely shuts him down, sending Issa into a tizzy. The two get into a pretty brutal argument, putting it all out there: that Molly can’t get a guy because she’s too picky, and that Issa doesn’t even deserve Lawrence. Molly storms off, with a giant “Fuck you, Issa”, and ends up on Jared’s doorstep AGAIN. Only this time, he slams the door in her face.

Issa’s boss is pleased with her work and sends her home with a bottle of champagne. But when she walks in the door, Lawrence immediately asks her who Daniel is and if she fucked him. When she is slow to respond, the fight breaks out, leaving Lawrence storming out of the apartment and Issa, alone.

END OF EPISODE! Next week is the finale! Although I hated to see this week’s episode end this way, it’s the only way it could end. Issa wasn’t going to get away with what she did, and honestly, such is life, right? Just when you think everything is on the up-and-up, something falls in the shitter. And I cannot wait to see how this season wraps up!

Before I forget, I’m sending out the Thanksgiving edition of “Fresche Squeeze” – The Bitter Lemon’s email newsletter tomorrow morning. Are you signed up to get it? If not, sign up here, and now!