It should come as NO surprise that I haven’t watched “Orange is the New Black” yet, because 1. I am always behind on the cool stuff, and 2. I don’t have Netflix. And yes, I know it’s cheap – it’s not even about that, so spare me.

I really wanted to read the book before I watched any of the series, because it’s a true story, and the series is based on the book. So, this has been on my list for awhile, and I’m so happy it’s finally a part of the Book Club!

“Orange is the New Black: My Year in a Women’s Prison” was written by Piper Kerman and published in 2010. Here’s the book’s description from Amazon.com:

With a career, a boyfriend, and a loving family, Piper Kerman barely resembles the reckless young woman who delivered a suitcase of drug money ten years before. But that past has caught up with her. Convicted and sentenced to fifteen months at the infamous federal correctional facility in Danbury, Connecticut, the well-heeled Smith College alumna is now inmate #11187–424—one of the millions of people who disappear “down the rabbit hole” of the American penal system. From her first strip search to her final release, Kerman learns to navigate this strange world with its strictly enforced codes of behavior and arbitrary rules. She meets women from all walks of life, who surprise her with small tokens of generosity, hard words of wisdom, and simple acts of acceptance. Heartbreaking, hilarious, and at times enraging, Kerman’s story offers a rare look into the lives of women in prison—why it is we lock so many away and what happens to them when they’re there. 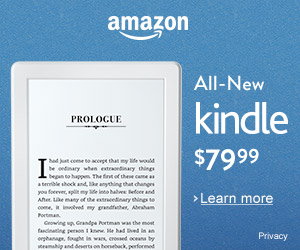 For starters, I’ll say I was shocked for what Kerman was jailed for. I know it’s not necessarily “normal” for people to stumble upon friendships with drug dealers, but she seemed fairly innocent in the entire ordeal. Once she gets to prison, some of the things her fellow inmates are locked up for was also a shock to me – I know it’s a minimum security prison, so the crimes are non-violent, but still. I had no idea people went to jail for eBay fraud, and I had to Google “Check Kiting” as I’d never heard of it.

Since the book was written by Kerman, she skates over just how privileged she is. She talks about how she has money on the outside and she has people that care for her, but it’s much more than that. Who, out there, could honestly go to jail for 15 months and have a job waiting for them? Her friends even set up a website for her while she was in the slammer to get mail while inside. She also had visitors every single weekend – her fiance sometimes leaving work early or even flying from New York to Chicago to see her for a few hours. Like daaamn girl.

Other than that, though, I really enjoyed – I’ll nearly say I loved – reading this book. I read it in just two days; I was hooked! Of course, the subject matter is interesting; a look inside a world most of us have never seen.

But it’s also about the characters – the women she meets in Danbury; their stories, the work they do, their families, and what they have to look forward to (if anything) once they get out. I loved all of the detail Kerman put into this book and wondered if she wrote these stories while in prison.

Her talk about all of the little things that got her through the day – yoga class, learning how to make “prison cheesecake”, getting mail, and finally being able to purchase a radio so she could listen to the local college station. My favorite scene of the entire book was when an inmate treats her to a rootbeer float from the commissary when her account money hadn’t cleared yet. It was so simple and sweet; I just loved it.

Despite the heavy topic of the book, things remained fairly sunny, and that’s probably because Kerman knew she was getting out, she had a job, and she had family and a fiance waiting for her return. I’m sure if we read something from someone with a much harsher sentence, the tone would have been different.

I’m really excited to watch the series now, and see how the show treats these characters and how they take on the issue of time. There’s at least four seasons of the show (right?), and Kerman is only in for 13 months of her sentence. We’ll see! I was at the library over the weekend and season one was checked out, so I might have to add it to my list of reserves.

If you’ve read the book, I’d love to know what you think about it and how it compares to the Netflix series. The next book Blanche’s Book Club will be reading is “The Nest” by Cynthia D. Sweeney. We’d love for you to read it with us, just find us on social media @OrangeJulius7.

Have a fantastic, safe, and fun weekend everyone! I’ll see you right back here on Monday, and hey, it’ll almost be Thanksgiving time!