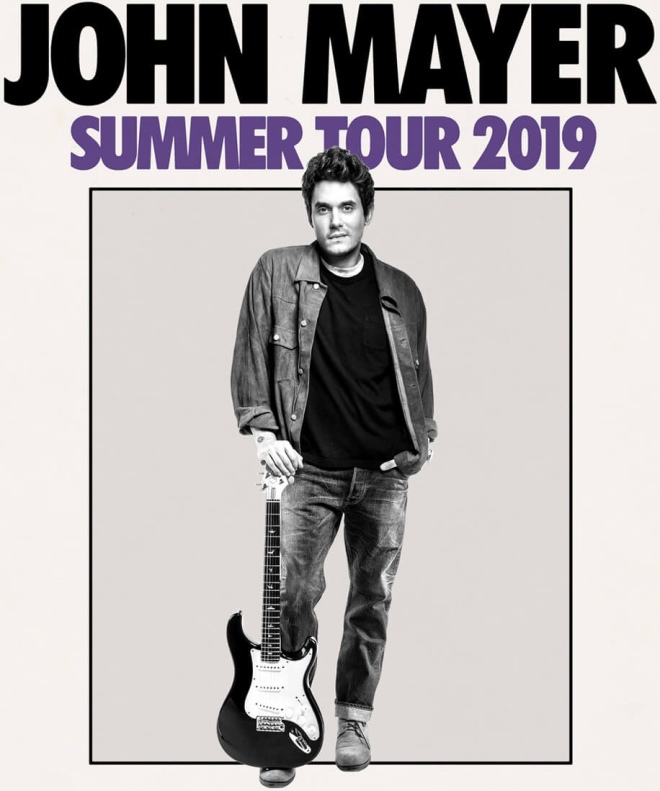 Today is THE day.

Aaaalll the way back in February, I sat on my couch waiting in a digital Ticketmaster line for hours to get a ticket to see John Mayer at Madison Square Garden.

I have never missed a John Mayer tour. Some tours I’ve seen multiple times. I have been really fortunate to be able to see him in several cities — Indianapolis, Baton Rouge, Cincinnati, Louisville, New Orleans, Dallas, Chicago, Las Vegas — over the years.

I’ve seen him at street festivals, arenas, outdoor venues… each of them hold special places in my heart.

I started listening to John Mayer when I was 16, shortly after “Room for Squares” came out. My dad bought the CD and thought he was cool — I remember my dad being impressed that Mayer was only 25.

I started borrowing the CD all the time and I was hooked. But that same year, my parents got divorced. I spent many hours on the road driving from my home in Columbus, Indiana to my dad’s apartment in Cincinnati.

I felt like so many of the lyrics described how I was feeling about growing up, dating, family… and then when I moved across the country for college, I cannot tell you how many times I coped with my homesickness by popping in “Heavier Things” and cruising with my windows down.

All of his music means so much to me and I treasure being able to see him live. I never thought I’d see anyone in Madison Square Garden, let alone JOHN MAYER.

His last solo tour was in 2017 and I saw him in Las Vegas. Prior to that tour, I used to look up all of the set lists of each show so I could have an idea of what he would play. But I stopped doing that and started writing my own “dream” set list.

This one has a few similar songs on it from my Vegas list, but I’ve swapped a few out. For this tour, he is the opening act and the main set, so he will be singing lots of songs!

If I Ever Get Around to Living

No Such Thing (acoustic)

What do you think? What songs would you want to hear?

This is also the most money I’ve paid to see him. I normally wouldn’t mention it, but I definitely thought long and HARD before buying this ticket. I had just started working for myself and wasn’t sure if I could afford it, or if I’d even be able to make it to New York City.

But I knew I couldn’t doubt myself. Not buying the ticket meant I didn’t have faith in myself; in my ability to hustle and make it happen. I’m not saying everyone go buy things, trust yourself!

But there’s no way I couldn’t not come. I worked so many extra hours to make this concert a reality. If you’re going tonight, I’ll likely be there really early, looking at merch, and getting loads of nachos.

For more travel inspo, be sure to subscribe to the blog (look to the right) and follow me on Instagram @Orangejulius7– where I share more of my daily life. Live in the Baton Rouge area? I’m teaching a Blogging Boot Camp this September. If you don’t live in Baton Rouge, you can always schedule a Creative Session with me!