Are the times changing, even with online dating?

…Because everyone does this on dates, right?

Men want a woman who listens to their every word… 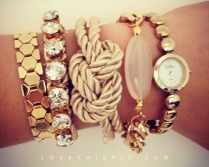 Could I find love at the gold kiosk?

Dating at work: worth it?

I doubt The Dude has baggage…

What does your number say about you?

Technology… we need to draw some lines in dating.

FALLing in love with yooouuuuu…

I need to figure out how to do this…

Summer love, at its finest…

Hells yeah, let’s DO this!

Living on the beach? Not a red flag.

Am I built for monogamy?

Zac Efron needs a staring role in my life.

This will NOT be happening.

I always write outside.

No dating at this job!

Put your money where your mouth is

December is for lovers.

Dating outside your type could bring someone good!

I actually LOVE this idea!

It’s all fun and games until someone falls in love.

Escape Room challenges are a lot like dating, only easier.

I want that top.

Favim.com photo: Will I find love on the train?

How often do you lie? 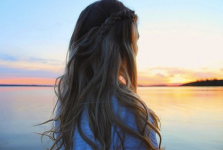 Hoping I won’t get judged for the things in my past.

Little boxes, all the same.

Will you Swipe Left or Swipe Right?

What am I really afraid of?

Fighting is inevitable, but can you do it right?

I want that mouse…

Bring on that Dopamine.

Ew. Running into an ex…

Will Coffee Meets Bagel help me find the one?

I’ll take him on LinkedIn any day.

This is my Friday night.

Waiting for that phone call that never comes…

Hey girl, I never want to talk to you… EVER.

Don’t make us wait by the phone.

I would never send ANY of these.

Free the heart with forgiveness.

Is it possible to meet your match through mutual friends?

Stirring the pot, in dating.

This has probably happened to me…

Valentine’s Day, what are we supposed to do with you?

There’s a mouse in my house!

Why are people still getting Catfished? Fate.

You may or may not know this, but usually my Wednesday blog posts are a replicate of the column that is published in a weekly magazine, “Dig”, which is distributed in Baton Rouge, Louisiana.

I’ve worked as a contributing writer for Dig since it was born, a little more than five years ago. The column, also called “The Bitter Lemon” has been around for a little more than two years. And I have loved being able to share the “wisdom” from this blog, to print readers in Baton Rouge for this time.

I know this probably sounds like a goodbye letter, but it’s not! Actually, I’m so excited to say that instead of being printed weekly, on newspaper texture, Dig is now becoming a monthly publication on flossy, glossy paper! And, The Bitter Lemon gets to stay!

You can check out letters from the editor and publisher to get the full scoop here. When I got the email from my editor explaining this, I was worried that this was it, maybe The Bitter Lemon had run its course…but nope, we get to stay!

So, there is no column this week. Instead, the first monthly, glossy issue will be on stands (and online, of course), June 1st. In the meantime, you can STILL get your fix of The Bitter Lemon… I’ve put all 90 columns (yes, 90) in one spot, right here, for your reading pleasure.

If you’re new here, that should last you a bit. If you’ve already read them all, perhaps you could take a walk down memory lane – I know I did looking back at nearly 100 pieces!

It’s crazy how looking back I can tell exactly what was going on in my life just by looking at the first few sentences of each column.

Some of my favorites are:

People often say, “When you’re not looking, that’s when it’ll happen.” These people are usually in a relationship.

I get it – just when you’re busy getting your life together instead of obsessing over dating, Mr. or Mrs. Right could be eyeing you from afar.

It makes sense, but the most difficult thing for me to wrap my brain around when it comes to dating is that it’s one of the only things in our lives that’s completely out of our control.

Think about it: in general, when you work hard, you know at some point, you’ll get a promotion. When you put extra time and effort into a hobby, the chances are likely you’ll get better at it. Read more…

Discovering that dating is ultimately out of my control was one of the most freeing experiences I’ve ever had. It really took the pressure off, and it helped me to stop analyzing every single thing that happened to me – because ultimately, it doesn’t matter. It doesn’t matter what I wear, or if a guy calls me after one day or one year; whatever happens is going to happen and there’s nothing I can do about it. As James Bay says, “Leave it to the breeze.”

At least a year ago, a guy named Daniel invented the “Universal Hot Crazy Matrix,” and presented his findings on YouTube. It went viral, because guys love to call women crazy.

According to the matrix, all women start off at being “at least a four” on the “crazy scale.” If you’re between a 5-8 on the scale, under the crazy line, that’s what Daniel calls the “Fun Zone.”

While I know this matrix was created by a 46-year-old white guy with a cell phone clip on his belt, it gets on my nerves. Read more…

This is a column I’d been wanting to write for a very long time. Men calling women crazy really drives me… insane. Not only is it rude and dismissive, but it’s hurtful, and I’m saying that as a woman who’s been called crazy a lot, despite the fact that I’m not, in fact, crazy, nor am I on mind-altering pills. The guy I mentioned in the column, my then-crush, was obsessed with this Crazy-Hot matrix, and now that I no longer talk to him, it’s no wonder he takes his dating advice from a guy on YouTube wearing a cell phone clip.

“So, have you found anyone yet?”

It was a question from my coworker whom I’d just met.

“What does that mean?” I asked her.

She found it difficult to believe I was still single. I told her to believe it, because I am very, very single.

Aside from the fact that I’ll be 30 in four months, I don’t understand why coupled people think that being single is a life decision. Read more…

Writers have this ability to turn really small moments into metaphors and symbols and make it seem meaningful to life as a whole. That’s what happened before I wrote this column – it was a simple, rainy day conversation between two coworkers that really got my gears grinding. Single people are, and probably will always be, the outcasts of society given that we didn’t follow that Biblical path everyone seems to follow. Because, why not? But I’m not in a position to follow that path, and I may never be, but it’s not up for judgment.

…And with that, I hope you enjoy looking back at some of the older columns! Don’t worry, I’ll still be blogging five days a week, sometimes it’ll be on dating stuff (or my lack of), and sometimes it’ll be about TV or my devil-cat Blanche, or cooking. Who knows – I’m giving up planning right now.

And thank you, as always for reading! See y’all tomorrow!