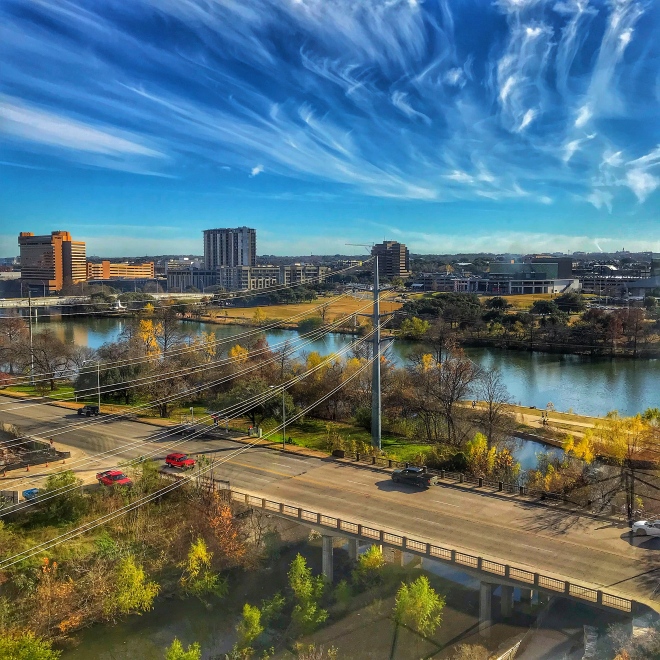 There’s only a few days left in 2018. When the year started, I set out with a list of goals, some lofty, some not so much.

But I was only a month into the year when my dad passed away. The amount of grief I have worked through this year is unlike anything I’ve ever experienced.

Without realizing it, though, I quietly vowed to myself that I would keep going. I would live a life I hadn’t even dreamed of, and at some point, 2018 became my year of “Actively Living”.

I scratched off the only item on my bucket list: flying to a new city and seeing a concert (you can read all about it here). I had so much fun on that trip that I started booking more trips – almost recklessly.

I rented a car and drove to Marfa, Texas for a long weekend in the desert. I met my best friend in Pensacola where we went deep sea fishing and caught a 7-foot bull shark. And I went to New York City for the first time ever, and saw all the things I’ve grown up seeing in movies.

But no matter the years I’ve dreamed of New York City, I almost couldn’t wait to get back to Texas.

September marked my third year in Texas – a place I never thought I’d live. I moved to Austin after looking for a job for 8 months.

I moved to Austin from Baton Rouge, Louisiana, where I’d lived for 12 years. I attended college at Louisiana State University and ended up staying in town much longer than I anticipated.

But when I left Louisiana, I felt like I’d overstayed my welcome. I had this feeling that I never belonged there, and sometimes I felt like it was a city that never wanted me in the first place.

So, I moved 7 hours west quite blindly. I’d visited once for an interview and toured a single apartment complex. I’d been once before – years before – for SXSW.

But Austin has served as such a save haven for me. I got a completely fresh start; the opportunity to essentially start a new life.

Austin has shown me all the things I’ve never had in a place where I live – it’s progressive, with all kinds of delicious food, tons of live music, outdoor activities, and awesome people.

I realized something this year: every single time I’ve left Texas, I cannot wait to get back. And it feels like home.

Austin is the place I’ve created for myself – obviously, not the entire city, but I’ve built a life here that I couldn’t have built anywhere else.

And that’s a feeling I didn’t know I needed.

Who knew that moving to a city where I knew ONE person would be the most comforting move yet?

It doesn’t mean that life in Austin has been easy. But, I left behind so much baggage in Louisiana, and my home state of Indiana holds just enough gloominess that I rarely return.

Even in New York, striking up conversations with strangers always led to Texas, and there was always someone that went to UT or someone that was rooting for Beto.

I know a lot of people rag on Texas, but not me. When I left New York – I realized there’s no place like Texas.

I am still working on my list of goals for 2019, and I know at least some of those will put me on a plane landing in new destinations. But I also know that I’ll always have a place to call home.

Join 2,327 other followers
Advertisements
Follow The Bitter Lemon on WordPress.com