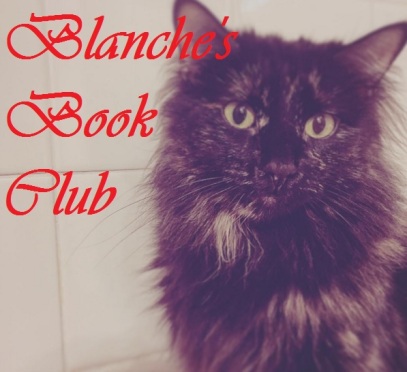 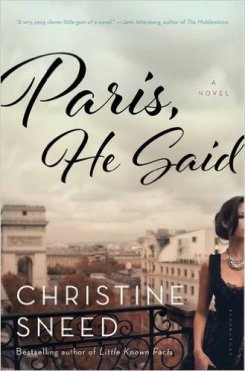 I’ll say this right now, I am not a big fan of just going to the library, getting lost among the stacks, and stumbling upon books I want to read. For years, I have kept a reading list of books I want to read – and it’s only gotten more intense over the last 6 months as I listen to podcasts and hear people talk about books they’ve read.

I keep my running list, and each time I go to the library (which is usually once each week), I look to see what books are in. And for the first time a few weeks ago, they didn’t have any of the books on my list. I hate to leave empty-handed, so I started roaming the aisles.

And somehow, I stumbled upon the BBC’s latest read, “Paris, He Said” by Christine Sneed. I was drawn in by the watercolors on the spine, and then I read the back:

“Jayne Marks is questioning the choices she has made in the years since college and is struggling to pay her bills in Manhattan when she is given the opportunity to move to Paris with her wealthy lover and benefactor, Laurent Moller, who owns and operates two art galleries, one in New York, the other in Paris. He offers her the time and financial support she needs to begin her career as a painter and also challenges her to see who and what she will become if she meets her artistic potential.

Laurent, however, seems to have other women in his life and Jayne, too, has an ex-boyfriend, much closer to her own age, whom she still has feelings for. Bringing Paris gloriously to life,Paris, He Said is a novel about desire, beauty, and its appreciation, and of finding yourself presented with the things you believe you’ve always wanted, only to wonder where true happiness lies.”

I mean who doesn’t want a wealthy man to promise them a life in Paris? Yes, please! This book opens up a world to the arts, as Jayne is a painter, and Laurent owns the art galleries, where he wants Jayne to display her work.

So, she gets to paint during the day, and spend any spare time exploring Paris. But soon enough, she catches on to Laurent’s lifestyle – with other women, and although she doesn’t seem too bothered by it, I found it difficult to relate to Jayne, because that would really piss me off.

It makes you wonder, though, to what extend of bullshit would you put up with to essentially live your dreams? On one hand, I feel like I’d do a lot to live expense-free, and write all day, while exploring a cool city. But would I be able to lay in bed next to a man that was off with other women? No. No, no.

And for that, I can’t say this book was a favorite. However, Sneed is also the author of another book, “Little Known Facts“, which has really great reviews. Here’s the description:

“The people who orbit around Renn Ivins, an actor of Harrison Ford–like stature―his girlfriends, his children, his ex-wives, those on the periphery―long to experience the glow of his flame. Anna and Will are Renn’s grown children, struggling to be authentic versions of themselves in a world where they are seen as less-important extensions of their father. They are both drawn to and repelled by the man who overshadows every part of them.

Most of us can imagine the perks of celebrity, but Little Known Facts offers a clear-eyed story of its effects―the fallout of fame and fortune on family members and others who can neither fully embrace nor ignore the superstar in their midst. With Little Known Facts, Christine Sneed emerges as one of the most insightful chroniclers of our celebrity-obsessed age, telling a story of influence and affluence, of forging identity and happiness and a moral compass; the question being, if we could have anything on earth, would we choose correctly?”

I think I’ll add it to my list, although I don’t know if the library carries it – which will most likely send me into a tailspin.

And just to note, I actually reserved my first book on Sunday. I didn’t want to start reserving things, because I feel like I’m taking them away from other people that want to read the book. But there is this ONE book that’s been on my list and it’s always checked out. Not anymore!

The next book Blanche’s Book Club will be reading is “Lost Girls: An Unsolved American Mystery” by Robert Kolker. Want to read it with us? We’d love to have you! Share your thoughts on the book with us via the blog comments, email (holly@thebitterlemon.com) or on Twitter & SnapChat @OrangeJulius7.