Women You Should Know: Alexandra Penney.

A few years ago, I read a book called “The Bag Lady Papers,” by Alexandra Penney. Penney, a visual artist, lost her entire fortune in Bernie Madoff’s infamous Ponzi scheme in 2008.

The book begins when Penney hears the news of Madoff’s confession. She rifles through all of her paper statements, sent monthly by Madoff’s staff. The story continues in the months after her financial loss, as she sells her properties and looks for work.

I read the book years ago because I was fascinated how Madoff could pull off such an elaborate stunt. But I thought of it the other day, as I can relate (on a small level) to how Penney felt.

Penney was no doubt luckier than most would be in a situation like that. She was formerly the editor-in-chief of Self magazine, so she got a job right away blogging about her Madoff experience for The Daily Beast (which, I’ll admit was probably chump change compared to what she had invested with Madoff).

Because of this, her blog wasn’t loved as perhaps you’d think — readers couldn’t relate to the fact that she’d never ridden a subway, or eaten fast food, and she never gave up certain luxuries, such as her maid.

But I’ve been thinking a lot about this type of thing over the last few months. And you know what? Loss is loss. Sure, someone like Penney is better off than half the world, but she’d built a life for herself that she’d grown accustomed to.

It was a life that she’d worked all her life for. She even talked in the book about how she’d purchased her fine china one piece at a time over years and years, because it’s the only way she could afford it. But then, her money was taken from her by someone greedy, for no reason.

The best part about the book? The way Penney forged on. The day following the bad news, she got up early, and marched down to his office. And then? She looked for jobs. She put her homes up for sale.

Over the course of these six months (can you believe it’s been six months since my career change), many of the people I knew (even friends) put me in that box of “the girl who lost her job.” When in reality, that’s never who I’ve been, nor is it who I’ve become.

Every day since then, I have worked. Even on Christmas Day, I worked. I have gone days without sleep. But I’ve never missed a bill. I’ve never been late on a payment. I still go out to eat. I still live the same lifestyle. I’m still planning beach trips (!).

The truth is, if you’re quick to put someone in a box, that’s where they’ll stay. And the real loss of that belongs to the one who judges.

Today, Penney is still a successful photographer and a writer for The Daily Beast. Go girl! 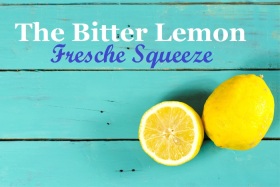