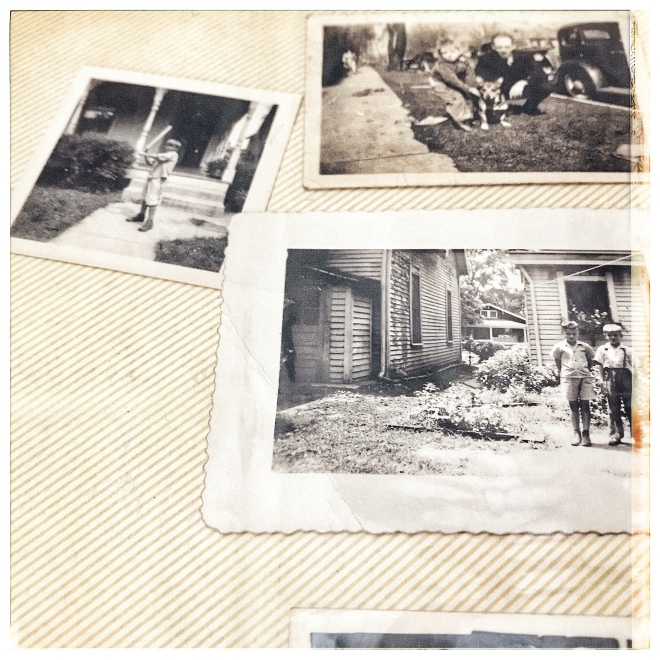 Looking back on years of grief.

On a Monday morning in May, 2001, I was running around my house trying to get ready for school when my dad called. He always left the house before me and went to have coffee at a local place — The Olympia — across the street from my high school.

On the front page of the local paper was the heartbreaking news that my classmate, Casey Ann Cooley, had been killed in a car accident the night before.

“Do you know Casey Cooley?” He asked me.

“Holly, she died last night,” he said. “Today is probably going to be a really hard day at school.”

He wasn’t kidding. I was 15, but most of my classmates were 16 and had their licenses. Casey was driving home that night, and quickly took a corner that sent her Jeep off the road and into a tree.

For me, and for many in our grade, it was the first time we were dealing with death. Some students cried in the hallways, others went to the grief counselors, and some were simply in shock.

In the days following, we did what people do when they grieve. We went to her house, sat in her room, visited the tree that took her from us — there were tiny trenches in the road where her tires gripped the blacktop — and we said our goodbyes as we wept by her casket.

I had known people who died before Casey. They were older, grandparents or friend’s parents who’d been terminally ill. Those calls came in the dark hours of the morning and I did what I was told to do, but I don’t remember feeling truly heartbroken until those days in May.

There’d been students in years before us who passed away; students I didn’t know. Sometimes I wondered if there was a curse on our school. But over the years I quickly learned that death is something that happens, even at high schools, unfortunately.

And all of our parents, they’re getting older, I wonder if they’ve wished for anything better, while in their memories, tiny tragedies. – John Mayer, No Such Thing

In college, I got a similar phone call from my sorority sister. A good friend, a date, the first person I met at LSU was killed crossing the street after the bars closed. I was driving when I heard the news and pulled over to call my dad.

“You did the right thing, pulling over,” he said.

I. Was. Devastated. My heart was absolutely broken. Even more than 10 years later, I sometimes catch myself wishing he was still around, and not understanding why he was taken from the world so early.

What does death have to do with your life?

When I moved to Austin, I had an in-depth natal chart reading. I was looking for clarity with my job and career. But, just a few minutes into the reading, she asked me, “What does death have to do with your life?”

I told her that I’d already known several people on the other side, and I still felt heavy with grief, even years later. There have been times I’ve physically felt the presence of those who’ve crossed over.

Believe in me. Help me believe in anything, ’cause I want to be someone who believes. – Counting Crows, Mr. Jones

She told me that when we meet someone who we feel like we know really well off the bat, it’s because we were together in a previous life. That’s how I felt about my friend who passed in college.

She told me he was looking out for me, and I could give him energy by lighting a candle by his photo, or putting things he liked by it. This has always given me a sense of peace.

But what I didn’t know then is that I’d lose my dad just a few years later after this conversation.

Tomorrow marks two years since my dad passed away — technically from pneumonia — but it was essentially a side effect of his recovery from brain surgery, for the removal of a cancerous mass.

Part of me feels like it’s been 10 years, and part of me still feels like it just happened. There’s so many times in my life when I wondered how the hell I was supposed to go on — after countless breakups, after losing my cat Orange Julius, or after getting fired from a job… but nothing, NOTHING hurts like losing a parent.

Don’t know how else to say it, I don’t want to see my parents go. One generation’s length away from fighting life out on my own.” – John Mayer, Stop This Train

I was reading a blog a few weeks ago, and the author (also a woman my age who lost her dad about two years ago, from cancer) said grief felt like being dropped into the depths of the ocean, you’re fighting to get back to the shore, sometimes you make it a little ways, some days you get pushed further back, but once you make it to the shore, you’re forever changed.

I agree with parts of this — and I acknowledge that everyone’s journey through grief is different — but I’ve found that part of grief that often isn’t acknowledged is that losses keep happening.

There were deaths that sent me to bed in tears before I lost my dad and there have been heartbreaking losses since him, too. It’s not a linear journey. Every single loss is a reminder that our time here is so short.

Mamba out, but never forgotten

Last Sunday, I learned along with the rest of the world about the tragic death of Kobe Bryant, his daughter Gianna, and seven of their friends. I think it is always surprising to people that celebrity deaths — or even people we didn’t know personally — can affect us so much.

But the course of life, that for all of us will end in death, is really the only thing that connects us as humans. It’s ultimately what we fear the most, and grief is us simply coping with how to go on each and every day without the company of those we lost.

For me, grief has taken many forms, and I’ve documented much of it in a pink journal that has a donut on the cover. I have had many days where it seemed impossible to get out of bed. I had a few weeks where nothing — absolutely nothing — sounded good to eat, so I didn’t eat until I felt a craving.

When I had a craving, I would forgo any diets or food restrictions and eat it, which meant I ate fried cheese curds and peanut M&Ms for who knows how long. I’ve read books on grief, I’ve cried into the fur of my kitty Blanche, and have become reliant on yoga and meditation to sort through some of my darkest feelings.

I’ve found comfort in wearing my dad’s old athletic shirts, watching episodes of “The Simpsons” and listening to his favorite music. I can feel his presence when I see bright red cardinals in the tree outside of my apartment, and when I see men setting up chess boards and pieces in the park, waiting for an opponent to join them.

These are days you’ll remember. Never before and never since. – 10,000 Maniacs, These Are Days

On the first anniversary of Casey’s death in 2002, my dad said something about how people remember the exact date for the first few years, and it slowly fades. I’m sure he’s a little bit right, but I think grief is a part of me now — not that I’ll always be sad or in an active state of grief, but it has changed the way I look at my life, decisions I have to make and how I view relationships.

Friday night, the Los Angeles Lakers played their first game since Kobe Bryant’s passing. On Saturday morning, I watched several videos from the pre-game tribute for Kobe and Gigi, which showed a few of his career highlights, but also many videos and pictures of him with his wife and daughters. It was heartbreaking.

All week, I’ve seen the usually stoic newscasters and television hosts break down on air — proof that this tragedy has affected so many. During Monday’s airing of “Daily Pop”, host Justin Sylvester unexpectedly burst into tears as he said it brought up feelings from him losing his dad 15 years ago.

He spoke about Bryant’s surviving daughters and how they’re always going to wonder what their dad would’ve said, done, or even wonder what he was like as a person. If you’ve lost someone, you know what it’s like to wonder.

The pain of loss is often about that sense of wonder. But death never, ever takes away our memories. Those are to be cherished, especially on the darkest of days.

It’s the one thing you can control. You are responsible for how people remember you — or don’t. So don’t take it lightly. – Kobe Bryant