Yeah, Nike has it right.

Good morning! You’ve heard me talk about a big change that’s happening in my life these days – I’m starting a new job. And guess what? Today is my first day!

As with any change in my life, of course I’ve been thinking about the past. Many of you were reading when I announced my first day of my last job – the one I left on Friday.

When I got that job, I’d been freelancing and working retail for about nine months, and had applied to easily 200 jobs. I had so many interviews at different places, and when I finally got the job offer, it was as if the stars were aligned.

I’d nailed a job in a pretty cool city, it offered enough pay to cover my bills and there was paid time off and benefits. It was also a bit of shift in my career – I was going from content development and social media strategy to strictly search engine optimization. And it was an agency. All things would be new to me, not to mention a new city, new apartment, the works.

When I started the job, I was living out of an extended stay hotel for two weeks because my apartment wasn’t ready. I had no money, lived off frozen meals, and would you believe the shower didn’t even have a curtain? I was roughing it a little, but I wanted to kick ass at this job. I didn’t want them to regret taking a chance on me.

In order to learn SEO properly, I went through a 90-day bootcamp at the agency, which was polished off by me giving a presentation to the CEO that basically decided if I could stay or go.

I got to stay, and was actually told I would go far – I’d worked my ass off. And in all honesty, things were looking great. My coworkers were so cool! We worked near downtown! Our agency valued learning! There was free beer in the fridge!

But as the months rolled by, things became a little clearer. This #AgencyLife that colleagues had warned me about for years was coming true – it was a culture of late nights, early mornings, and lots of spreadsheets.

And the benefits? Well they’re not really beneficial if you don’t use them. It’s like a car salesman selling you on the optional third seat when you have no kids. Turns out, I don’t give two shits about free beer if the free beer means you have to skip happy hour and work late to drink it.

I came to see that many tech startups have these same perks – offering free food and drinks instead of a bigger paycheck; housing pool tables and bean bags so you’ll stay later. It’s appealing if you’re interested in working in a frat house long after it’s socially acceptable.

It wasn’t long before people started quitting; one-by-one. When coworkers left, the clients stayed – meaning more work spread between less employees. With every employee that left, agency management was 100% sure it was not any fault of the company’s. Put that in your spreadsheet.

Over these months, I grew tired and stressed. I couldn’t see the light at the end of the tunnel. There were many conversations between me and management – they wanted to know if I was job hunting.

The truth is, I wasn’t. I didn’t know what I wanted and I didn’t want to quit. I am a fixer and I wanted it to work. I’d done too damn much to just leave.

But one Thursday night in early December, I made the decision to skip the company Christmas party. I’d worked until 1am nearly every night that week and was dead tired. I wanted to work a few hours and then crash.

Giant mistake. The next morning, my boss and the CEO laid it out for me, that since I didn’t attend the party, it must mean I didn’t like my coworkers, and if I wanted to leave, that was okay.

“Everything that happens to you here is because you let it,” they said. “You choose your destiny.”

To them, I’d chosen to work and sleep over going to the party, and apparently, that was a giant mistake.

But they were right – I do choose my destiny. And I knew my destiny was going to have to change.

Just a few days later, I saw a job posting for a digital marketing position with a woman’s healthcare provider that specialized in abortion aftercare, and also served as an advocate for woman’s reproductive rights.

I applied, and had two interviews. The conversations I got to have with the employees were eye-opening. These were women helping others who needed it, while fighting for the healthcare rights of all of us.

As some of you may know, I had an abortion when I was 23. It was not a pleasant experience, and I spent years being ashamed of the choice I made. I am still working through some of these issues, but to be able to share my story in an interview and be able to think that I can help women that may find themselves in a situation similar to what I was in, was refreshing.

I was offered the job about two weeks from when I applied for it. Honestly, I only had the two quick interviews, didn’t really do much research on it, but I took a night to think it over, and took it.

It was the perfect storm. All of these bad things kept happening at work, and nothing was being done to fix them. I probably wasn’t as passionate about the work itself as the agency needed me to be – and that’s something I can’t change. And to top it off, some of upper management had accused me of lying over a task I’d been stressed about.

You can call me lazy, weak, and disconnected, but one thing I am not, is a liar. And just an FYI, I graduated from high school almost 15 years ago. I’m so done with the Mean Girls’ schtick.

In 2017, I vowed to just “go for it”, and that’s what I’m doing today. It’s a job that utilizes my writing and digital strategy skills to help women across the country. It’s also a small way I can make a stand in my political views, and try to help make a change in the world around us.

In all honesty, I thought I was going to stay at my old job forever. I don’t want to be a job-hopper; I want to stay and grow with a company and climb the ladder appropriately.

But I also don’t want to be the person that hits snooze a million times because I dread the day ahead; I don’t want to just wish for Friday on a Monday. After the 15 months I’ve had, I know that I can get through just about anything. And at the end of the day, no matter what happens, I’m working for a cause that is very personal to me.

About two days after I’d put in my two weeks’ notice, I was listening to “SandyLand” with host Sandra Bernhart and she was talking to her guest (of course I don’t remember who), but she said something along the lines of, “No paycheck is worth having to stifle who you are.”

PREACH! I feel like that’s all I’ve done for the last nine years, and finally, just finally, I may have found a job that is willing to utilize my snap-back wit, my passion for equal rights, and my brain full of digital goodies.

And yes, I was very sad to leave my coworkers – some of them were so sweet in their goodbyes it nearly brought me to tears. But good people want the best for other good people, and I appreciate their support. I wish the best for any of them, and I hope they stay in touch.

I’m not going to be that person to sit here, and tell you to run out and quit your job. I know it’s not an easy task. Hell, I was so nervous to turn in my two weeks, and almost thought about not doing it just so I wouldn’t shake the waters.

But I am going to say that my old job had something right: you choose your destiny. You’re going to hear this a lot from me this year (my friends and family are probably already sick of hearing it), but it stops you from playing the victim in any situation.

Hate your drive to work? Find an alternative route, clean out your car, invest in Sirius radio or find some great podcasts to listen to. Change what you can.

Sick of always cleaning your house? Get rid of unnecessary things. Find a spot for all the good stuff. Implement daily habits that will make weekend cleaning easier.

I’m saying all of this to say one thing: take control of your life. Decide what’s important and make it happen. It’s like President Obama said in his farewell address, “If something needs fixing, lace up your shoes and do some organizing.  If you’re disappointed by your elected officials, grab a clipboard, get some signatures, and run for office yourself.  Show up.  Dive in.  Persevere.  Sometimes you’ll win.  Sometimes you’ll lose.  Presuming a reservoir of goodness in others can be a risk, and there will be times when the process disappoints you.  But for those of us fortunate enough to have been a part of this work, to see it up close, let me tell you, it can energize and inspire.”

So, here’s to just going for it! 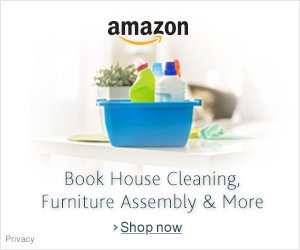 Join 2,336 other followers
Advertisements
Follow The Bitter Lemon on WordPress.com