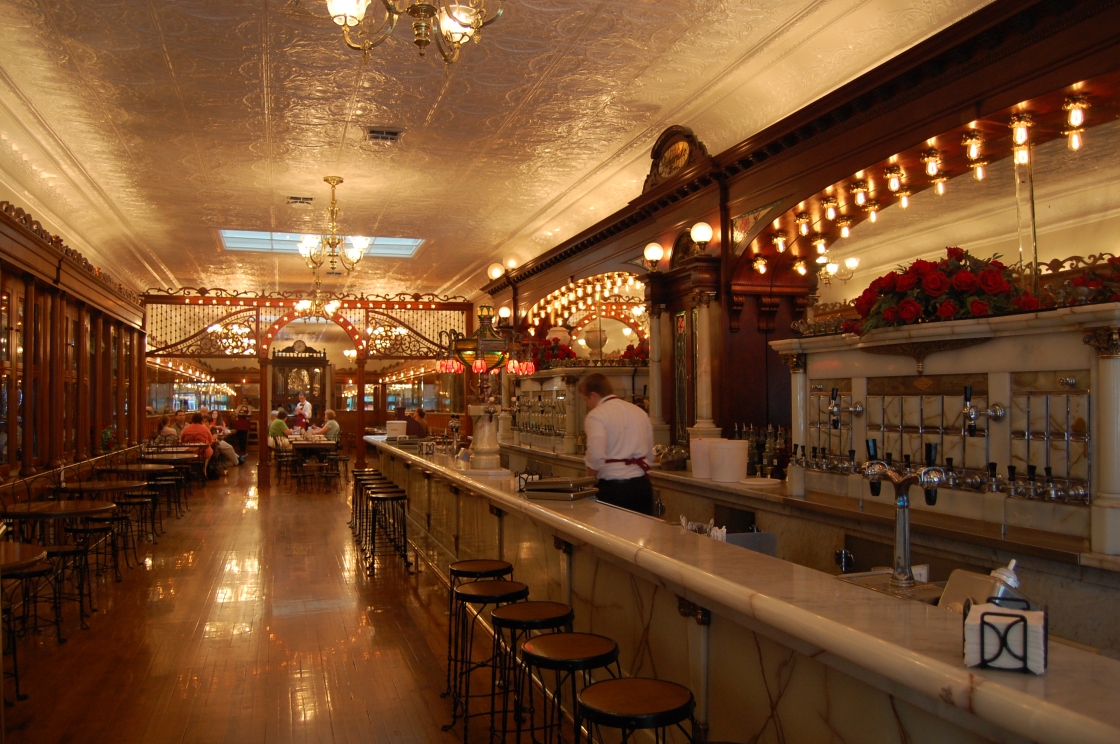 You used to call me on my cell phone…

The following was written based on memories (and I’ve had drinks since then). Names have been changed to protect the author.

I grew up in Columbus, Indiana. If I had to guess, Columbus is a lot like any other suburban town in middle America: it’s mostly white, pretty safe, fashion trends come late, and teenagers are itching to leave.

At least, that’s how I felt. I remember visiting the middle school for my district – it wasn’t the same school any of my 6th grade classmates were going to, and at orientation, the place appeared gigantic. How would I be able to make it to any of my classes on time? I wondered.

But my 7th grade year, getting to my classes on time was the least of my worries. I knew no one, classes were difficult, and I felt like everyone was instantly popular, except me (I was still wearing Limited Too, while everyone else was in Abercrombie).

In an effort to make friends, I tried out for the school’s dance team, The Spirettes. I had no real dance experience aside from a single jazz class I took at a local gym. However, I felt like my audition was decent enough, dance-wise. But I’m fairly certain I didn’t smile. I didn’t make the team, and I was devastated.

However, things started looking up toward the end of 7th grade. I was making friends – some of whom are still my friends today. When 8th grade came around, I was much more prepared. I also tried out for The Spirettes again, and after slathering Vaseline on my teeth and glittering my face – I made it! Oddly enough, I don’t remember performing a single time; though I do remember after-school practices (our coach was a Colts cheerleader and I thought she was so cool).

As the year came to a close, all of the 8th graders were gearing up for high school – most of us were simply migrating to the giant brick building across the street.

Going into high school was really intimidating. Middle school was cliquey, but damn, high school was bitchy. There were so many groups of students who’d grown up together in different schools, and now we were all in the same sea. It was a nightmare. But I had my few friends I’d known since 6th grade (dare I say it? This was pre- #Squad) and I was generally content.

Of course, I always wished I was more popular – I used to imagine what it was like to be “in” and I figured their lives were so easy and fun. But, don’t worry, I’ve watched enough teen angst flicks and rom-coms to know that’s not true (Enter: Drive Me Crazy).

I joined the school dance team, The Pepsteppers (and no, I’m not sure what’s up with the cutesy names), in 9th grade and I was obsessed with it. I truly loved dancing, and even though I was always nervous as shit before performing at halftime of the boys’ basketball games, I enjoyed it.

I was also on the school newspaper staff – because of course I was – and was learning to express myself in all kinds of new ways. This was probably what set the stage for my life to come; in good ways and bad.

I recall having crushes on boys from a young age, and it probably comes as no surprise that even then, I chased after what I wanted, never learning when it ended terribly.

I’ll be honest, I don’t remember the first time I met Eric. I’d say it probably had something to do with the fact that he was on the basketball team and I danced at halftime. I met a lot of basketball players that way.

Our practice areas were near each other and we did have some of the same classes. And boy, he was cute. He was tall, fit, and had this curly blond hair that was cut short and kept neat.

He was always off-limits – a total serial monogamist, even at 15. He was sweet, funny, and good at basketball: the high school recipe for success.

As months passed, we talked more. Our friends were friends, so we crossed paths outside of school. We became friends easily – he had an amazing sense of humor and a contagious laugh. It was no wonder he was always in a serious relationship. In fact, that is probably another factor that made him even more desirable.

Late night when you need my love…

Of course, there were a few times he was single, or as I’d like to say, between girlfriends. In those weeks (I can’t imagine he’d be single for a month’s time), we would flirt. Hard.

Thinking back, it was probably pretty innocent flirting, but in high school – shit was a big deal. At first, it was on MSN Messenger, because cell phones were still really new, plus MSN was WHERE IT WAS AT, at the end of the day.

Picture it: dial-up internet connection, immediately trying to sign in to MSN, watching those two little icons swirling around each other, and then your contacts list populating, hoping your crush would be online – but you wouldn’t dare talk to him, at least not first, but you’d sit there, perhaps not talking to anyone, debating, should you say “hey”?

It was a nightly battle. But I’d trade a decent piece of jewelry to go back and read some of those conversations I had via MSN.

My close girlfriends knew how much I liked Eric. They were there when I was trying to craft the perfect message to send to him, or when we got digital cameras, what picture should I send him?

And then, before I knew it, he’d already jumped in a serious relationship |red flag| with someone new. Someone that wasn’t me.

Have you seen or read “Paper Towns”? It’s the story of a high school senior, Quentin, who’s kind of a nerd and unpopular, but he lives next door to the coolest girl ever, Margo Roth Spiegelman. They have one fluke night together – driving around their town (very much like Columbus) causing debauchery before dancing near the top of a high-rise.

Quentin loved every bit of Margo – her choice of nail polish, her random sense of style, and even her ability to disappear, wrecking havoc on those she left behind. But Quentin loved Margo the way he imagined her, and as we all eventually learn, nothing is how you imagine it.

I felt the same way about Eric. Only in this story, I’m Quentin, and he’s Margo.

My friends and I found an odd joy in driving through town, whether on a mission for Taco Bell (fuel for late-night video game sessions) or simply just to drive (okay, and an excuse to blare Justin Timberlake’s “Justified” album, you know that shit was fire).

Admittedly, we’d always wonder what other students did that we didn’t know about. At 16, when I had my first boyfriend, I found out: they hung out in finished basements while their moms baked cookies above them. We weren’t missing out.

I’m not sure how it happened, but Eric and I found ourselves single at the same time. His recent breakup was all over school. But, he was quick to ask me on a date for the following weekend.

I joined him and his friend for lunch at Eric’s house – this was nothing new; he lived near school and for us, it meant a quick, free lunch.

“So, what are you going to do about Ashley?” his friend asked him.

“I figure I can just go on a date with someone else…” he said |red flag|.

“Sure, you could do that,” his friend said.

“I asked Holly,” he said, pointing at me. I shrugged.

I don’t know how, but I remember exactly what I was wearing that day: a white scoop neck tee (probably from Express), and this tight, turquoise skirt that had Hawaiian flowers on it. I know it was from Delia’s. I thought I was Britney Spears.

I feel like what I’m about to say makes it appear that I’m placing blame, but it’s also a vital factor if you’re interested in understanding my head space then, and now. As I stood in Eric’s parents’ kitchen, it had been less than a year since my parent’s divorced and my dad moved away. He was also about to get married.

My dad was easily the iron fist, and it was at about this point in my life, when I probably could have used someone to stand at the front door, arms crossed, foot tapping, when boys came to pick me up. Because they did, and I was not rejecting any form of male attention.

So, that weekend, Eric picked me up, and we played Putt-Putt. I think we may have had dinner, too, but I can’t recall. I just remember being certain I was going to kick his ass at Putt-Putt, because my dad and I played a lot when I was a kid. But, Eric won (I think by a lot), even though you’re supposed to let the girl win, right? He was competitive, but he was nice about it.

He drove me home, walked me to my front step, and he kissed me. I had to stand on my tip-toes, but it was an insanely sparkly kiss. I’d dreamt of it, and it was finally happening.

But within the next week, Ashley, Eric’s ex, came back around, and he called me on my purple cordless phone, to tell me that even though he had fun with me, he loved Ashley. Total devastation. But, I understood.

When he and Ashley broke up for the second time, for good, I ended up back at his parents’ house. Only this time, it was late, and we crept into the basement. With the lights off, we made out, and there was lots of over-the-clothes friction happening. It was steamy, in an awkward, high school way.

But without fail, Eric started dating someone new, someone who wasn’t me, just like always. And I was jealous.

They dated for, what seemed like, forever, and before I knew it, our senior year summer was over, and I was packing my car to move to Louisiana.

Join 2,326 other followers
Advertisements
Follow The Bitter Lemon on WordPress.com