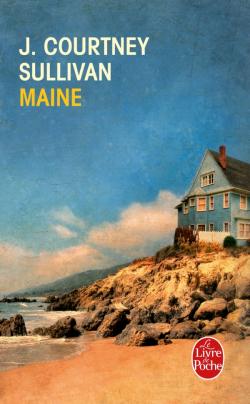 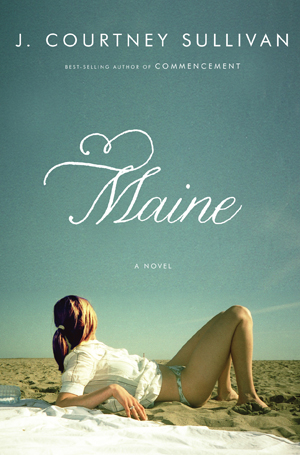 I picked up a copy of Maine during a library trip — I had written down a list of authors I wanted to check out and J. Courtney Sullivan was definitely one of them.

Maine is Sullivan’s second novel (the first one is Commencement), and it’s got all the good stuff rolled into one: the story of a multi-generational family, each with its own set of problems. What brings them together, aside from family, is the family-owned beach property, purchased decades prior.

The book is divided into chapters (naturally), but each chapter is told by the perspective of a different family member — I LOVE it when authors do this! The New York Times book review of Maine does a great job of wrapping the characters up in a neat little package:

Alice, the widowed, 83-year-old matriarch, a devoted Catholic and fierce but lonely woman who is haunted by a tragedy in her past; Alice’s granddaughter Maggie, a fiction writer living in Brooklyn whose first collection of stories was about “love gone awry” (and who, though she was supposed to arrive in Maine with her boyfriend, has instead shown up solo, and pregnant, love having gone awry yet again); Maggie’s mother, Kathleen, the black sheep of the family, who on hearing of her daughter’s predicament hops a plane from California even though she vowed after her father’s death that she would never visit Maine again; and Ann Marie, the fastidious, tightly wound wife of Kathleen’s brother, Patrick, whose carefully constructed marriage is not all it seems to be.

Because of the different-character chapter setup, the story really dives into the lives and the history of each character, which is really interesting.

I found an interesting article in Real Simple where Sullivan answered questions about the book. In one, she discussed the deeper meaning of Maine:

Maine is a novel about the roles we play within a family—in the eyes of the Kellehers, Kathleen will always be a mess. But to people in the worm farming and AA communities, she’s something of a leader. And the same is true for Alice. Her kids see her as someone who is too old to be trusted alone, a mean drunk, a racist. But through her church, she prays each day, she visits the sick, she fights to keep her hometown parish alive. Her church community sees her as she wants to be seen. As both Alice and Kathleen show, sometimes it’s much easier to be graceful and generous to outsiders than to your own family.

Fascinating! I have to admit, I didn’t even think about it this way when I was reading the book. Truthfully, I picked up the book, because I have always loved the idea of a beach home that’s shared by a big family — the memories and the drama surrounding it. Plus… beach picnics. With wine.

I am really looking forward to reading other books by Sullivan, including Commencement (a sparkling tale of friendship and a fascinating portrait of the first generation of women who have all the opportunities in the world, but no clear idea about what to choose), The Engagements (an exhilarating novel about Frances Gerety, the real pioneering ad woman who coined the famous slogan “A Diamond is Forever,” and four unique marriages that will test how true—or not—those words might be), and Dating Up (a guide for women everywhere who have worked hard to get where they are in their lives and their careers and deserve to be challenged, excited, and supported).