It’s carnival season in New Orleans — Mardi Gras! I lived in Baton Rouge, Louisiana for 12 years. I moved there from Indiana after my high school graduation to attend college. Baton Rouge is about an hour outside of New Orleans, and I was fortunate enough to visit the city many times.

Of course, I probably didn’t appreciate it much then, but I sure miss it now — especially in quarantine! I miss the music, the food, the creatives… it’s certainly a city like no other. While I went there for various concerts, festivals, and to visit friends, I also went to Mardi Gras parades and balls.

To this day, I still have a set of beads Elijah Wood threw to me from a parade float. I was freaking out!

This year, traditional Mardi Gras celebrations have been canceled. So, I have been thinking of all sorts of ways we can support New Orleans from afar. I’ve got an entire post on this coming Monday (Feb. 1), but I also thought a list of books set in New Orleans was in order!

Please know, there are LOADS of books set in New Orleans, and these are just a few I’ve selected. Here goes:

You ought to do a story about me by ted Jackson

This has been on my TBR list for a bit. It’s the true story of a former NFL player who tragically ended up addicted to drugs and homeless on the streets of New Orleans.

Ted Jackson was actually working on a story on homelessness for a New Orleans newspaper when he met this man, Jackie Wallace. Wallace shared a bit of his story — that he’d played in three Superbowls — and the two formed a friendship that has now lasted decades.

This book chronicles the ups and downs of Wallace’s life and shows a personal story of poverty in New Orleans.

I know this isn’t a happy book — many of the books I choose for this list are not — but I love true stories, especially ones like this. I’m looking forward to reading it! 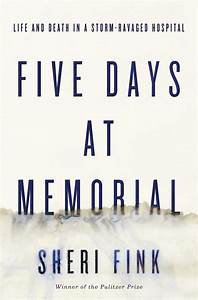 I read this book a few years ago and it left me SHOOK (you can read my full review on it here).

It’s the story of Memorial Hospital in New Orleans during the thick of Hurricane Katrina. The staff was left with no power, no resources, and lots of patients that needed help.

In the end — this is not a spoiler — the medical staff ultimately killed several of their patients via end-of-life care. There’s no other way to put it. But was that the right decision or would they have made it out alive?

Breach of Faith by Jed Horne

I was living in Baton Rouge during Hurricane Katrina and was still seeing the news unfold on TV like the rest of the country.

Years later, I came across this book and it really gave me some background on what really happened — from the weather and the science of hurricanes to the lack of government leaders and necessary resources.

This book covers it all, from the perspective of a journalist living in the city. This book brings up everything we saw and more: politics, race, New Orleans culture, and the science of hurricanes.

Big Freedia: God Save the Queen Diva by Big Freedia 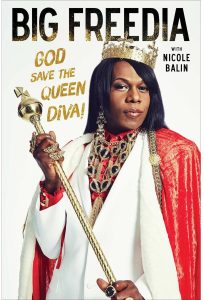 I cannot talk about New Orleans without mentioning the Queen of Bounce herself, Big Freedia.

I learned about Big Freedia by watching her reality TV show and then got to see her in concert right here in Austin!

This book starts from the beginning and explains how Freddie Ross evolved into Big Freedia, champion of New Orleans.

I took an opinion writing class at LSU that was taught by Andrei Codrescu and I distinctly remember thinking he was a bit pompous.

So, I bought this book, read it, and I shut the hell up. This is a book of beautiful essays about New Orleans — a city that means so much to so many.

All the King’s Men by Robert Penn Warren 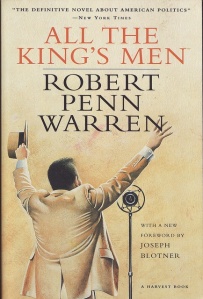 If you know one thing about Louisiana, it might be that the politics are a bit nuts.

This book won the Pulitzer Prize for fiction, even though it is very much the story of Huey P. Long — he goes by Willie Stark in the novel — and how he bent the rules to get the most out of his time as governor, even if it meant hurting many along the way.

New Orleans is a city full of delicious food and this book covers many of them: gumbo, po-boys, red beans and rice, a turducken, a tray of raw oysters… I’m drooling now.

City of Refuge by Tom Piazza

This is the story of two families — one Black and one white — who make two different plans to face Hurricane Katrina. What is their fate? Find out in the book!

I didn’t know this prior to compiling this list, but Tom Piazza has written several other books based in New Orleans, so he might be an author to follow if you’re interested in even more books about New Orleans.

Other Voices, Other Rooms by Truman Capote 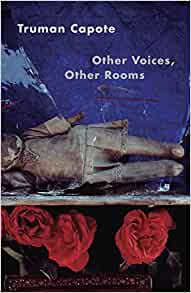 This is Capote’s first novel and I had to get the scoop from Amazon because I’m not sure how I would describe it in my own words:

At the age of twelve, Joel Knox is summoned to meet the father who abandoned him at birth.

But when Joel arrives at the decaying mansion in Skully’s Landing, his father is nowhere in sight. What he finds instead is a sullen stepmother who delights in killing birds; an uncle with the face—and heart—of a debauched child; and a fearsome little girl named Idabel who may offer him the closest thing he has ever known to love.

This is a true story of a family dealing with America’s two biggest policy disasters: the war on terror and the response to Hurricane Katrina.

Abdulrahman and Kathy Zeitoun run a house-painting business in New Orleans. As Hurricane Katrina approaches, Kathy evacuates with their four young children, leaving Zeitoun to watch over the business. 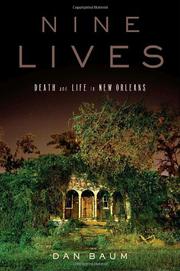 This book follows multiple people through a dazzling, surreal, and imperiled city told through the lives of night unforgettable characters and bracketed by two epic storms: Hurricane Betsy, which transformed New Orleans in the 1960s, and Hurricane Katrina, which nearly destroyed it.

Dan Baum brings the kaleidoscopic portrait to life, showing us what was lost in the storm and what remains to be saved.

The Yellow House by Sarah Broom 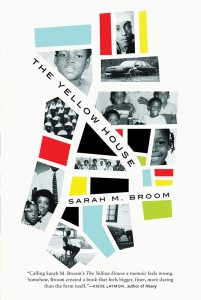 I’m waiting for this book at the library! This is Sarah Broom’s memoir, all surrounding her family’s yellow shotgun house in New Orleans. The book includes a hundred years of her family and their relationship to home in a neglected area of one of America’s most mythologized cities.

This is the story of a mother’s struggle against a house’s entropy, and that of a prodigal daughter who left home only to reckon with the pull that home exerts, even after the Yellow House was wiped off the map after Hurricane Katrina. The Yellow House expands the map of New Orleans to include the stories of its lesser-known natives, guided deftly by one of its native daughters, to demonstrate how enduring drives of clan, pride, and familial love resist and defy erasure. Located in the gap between the “Big Easy” of tourist guides and the New Orleans in which Broom was raised, The Yellow House is a brilliant memoir of place, class, race, the seeping rot of inequality, and the internalized shame that often follows. It is a transformative, deeply moving story from an unparalleled new voice of startling clarity, authority, and power. 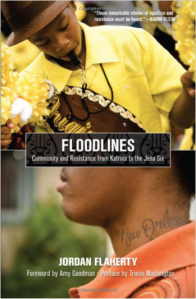 Floodlines is a firsthand account of community, culture, and resistance in New Orleans. The book weaves the stories of gay rappers, Mardi Gras Indians, Arab and Latino immigrants, public housing residents, and grassroots activists in the years before and after Katrina.

…And there you have it! Are there any books set in New Orleans that you’d add to this list? If so, leave them in the comments 🙂 If you’re in the Mardi Gras spirit, I put some festive downloads in my Etsy Shop for the occasion. Otherwise, be on the lookout for my official Mardi Gras post on Monday.

For more book recommendations, be sure to subscribe to the blog (look to the right) and follow me on Goodreads @thebitterlemon – where I share more of my book picks.