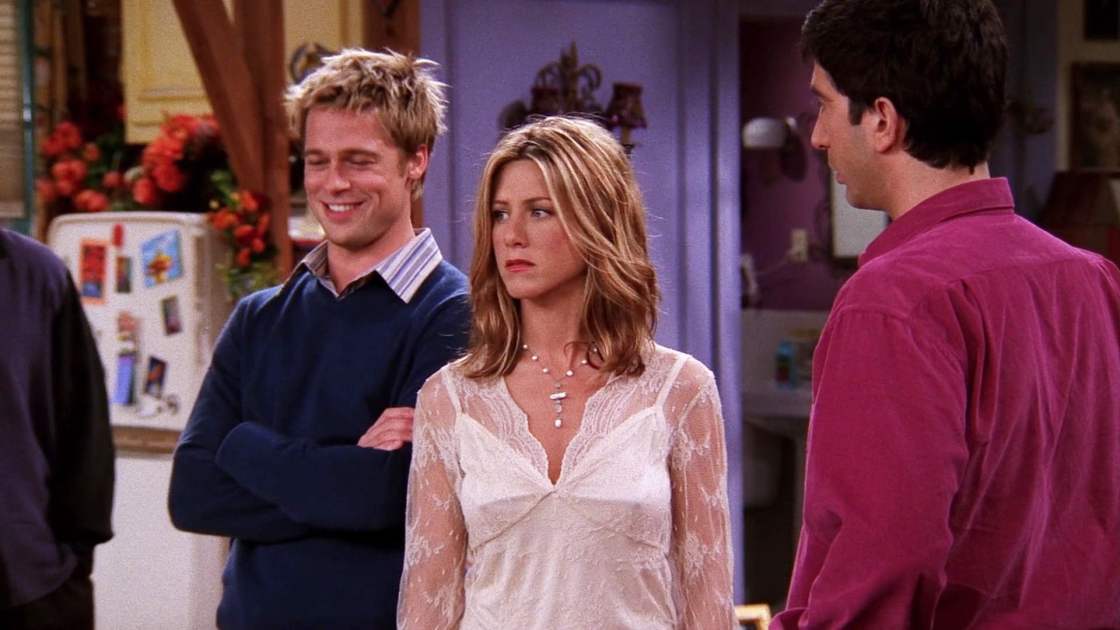 It’s Tax Day, so I thought I’d recap season 8 of “Friends” because everyone loves this show, right? I’m watching all of the episodes for the first time (I know, I know, you can’t believe it)…no spoilers, please!

When the season opens, the audience gets confirmation that Rachel is pregnant. She won’t reveal who the father is until she gets a chance to tell him, but I’m pretty sure no one was surprised when it turns out it’s Ross.

In episode nine, Monica invites a high school friend over for Thanksgiving… and the friend is played by Brad Pitt and honestly it felt SO WEIRD to see Jennifer Anniston and Brad Pitt in the same scene. I forgot they were married for a solid 30 seconds.

The following episode has some comical moments when Phoebe finds out Ben goes to school with Sting’s son and she tries to get concert tickets.

So far this season, Ross is dating Mona, whom he met at Monica and Chandler’s wedding. When Christmas rolls around, she wants to send out joint Christmas cards, and Ross loses it.

By episode 12, Joey develops a crush on Rachel and honestly, I was living for this plot line! Rachel said she couldn’t date anymore since her bump was getting bigger and Joey took her out for a nice dinner and ends up getting feelings.

Episode 14 was one of my favorites of the season, when Chandler is determined to find out what’s in Monica’s hall closet. It’s locked, so he enlists Joey to help him pick the lock. For a split second, Joey suggests that Richard is in the closet and I was really hoping for that to be that case, HA.

The end of the season was one for the books. Rachel is in the hospital about to have the baby, and she’s feeling low that she’s single. Randomly, Joey picks up an engagement ring that fell out of Ross’ jacket pocket (Ross’ mom had brought it to him, not necessarily for Rachel) and when he picks it up, he’s on one knee and it looks like he’s proposing.

The season ends with Rachel saying “Okay”… whaaaat! I immediately had to start watching season 9 to see how that scene ended.

I am so enjoying watching this show! I am getting sad that I only have a few more seasons to watch.