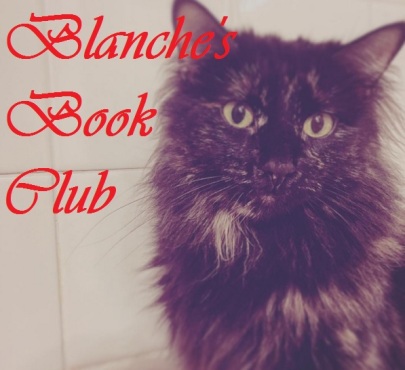 Happy Humpday! It’s been such a weird week for me… Sunday night, Austin got a very unexpected storm – it was around midnight and my power kept going out and then coming back on… Probably not a big deal, but every time it would come back on, my stove would beep.

I didn’t fall asleep until at least 2am, so when I had to go to Dallas for work on Monday, I was exhausted. I am not lying when I say I was in bed asleep by 8:30 Tuesday night.

Yesterday, technology was completely against me. I was all ready to get loads of work done, when my laptop kept giving me the beach ball of death for more than two hours! I even restarted it several times and deleted lots of old files thinking that was the issue. I gave up and moved over to my iPad, and even IT was moving slow and some of my apps weren’t working. So, I worked from my phone… Ugh.

Anyway, let’s get into the latest read from Blanche’s Book Club (which I read entirely at the pool) which is “A French Wedding” by Hannah Tunnicliffe. Here is the description from Amazon:

Max is a washed-up rock star who’s about to turn forty and feeling nostalgic for his university days. All he says he wants for his birthday is to host his old friends at his house in the French countryside for a weekend of good food and reminiscing. But he has an ulterior motive: Finally ready to settle down, this is his chance to declare his undying love to his best friend, Helen.

Max’s private chef, Juliette, has just returned to her hometown after a nasty breakup and her parents’ failing health move her to sell her dream restaurant in Paris. Still reeling, Juliette throws herself into her job, hoping that the peace and quiet it offers will be the perfect cure for her broken heart.

But when Max’s friends arrive, the introverted, dreamy Juliette finds herself drawn out of her orderly kitchen and into their tumultuous relationships. A weekend thinking about the past spurs more than one emotional crisis, as the friends take stock of whether they’ve lived up to their ideals. Together for the first time in years, it’s not long before love triangles, abandoned dreams, and long-held resentments bubble over, culminating in a wedding none of them ever expected.

I’ve had this book on my list for awhile, and I finally picked it up because I needed a light break from the crime fiction I’ve been devouring. I also thought it would fulfill my craving for anything even close to the royal wedding.

This was the perfect pool book, and it offers some serious escapism in the form of beautiful scenes and very delicious-sounding food.

I will say that this book talks briefly about cancer, and if you’re anything like me, cancer is a trigger at the moment (I feel like it’s everywhere), so I’m just putting that out there, just in case.

Regardless, this was a fun summer read, and still has me craving fresh seafood dunked in clarified butter…yum!

I am recommending this book to anyone who loves romantic memories, or to anyone looking for a French escape!

The next book Blanche’s Book Club will be reading is “Dumplin'” by Julie Murphy. Follow me on SnapChat @OrangeJulius7 to get up-to-date book reviews and reactions.