It’s been a LONG time since I’ve done an edition of “Celeb Crush”! Truthfully, I’ve been doing a little work behind on the scenes on the blog, trying to figure out the best things to write and where the future of this thing is going – don’t worry, it’s not going anywhere, I’m just working through some identity crisis.

But there are so many times when I’m writing a post or coming up with ideas on what to write and I get so inside my head wondering, “Does ANYONE even care about this?” And then I remember that it really doesn’t matter, because this is my blog, and some days we talk about serious things and some days – like today – we just need the fun, lite stuff to keep us going.

So, Charlie Puth. I did not give this guy a lick of attention until… well, until he had the song with Selena Gomez, “We Don’t Talk Anymore“, because I was feelin’ some kinda way about that song! It was hitting almost too close to home, but not to the point where I couldn’t listen to it. I loved it.

Still though, I wasn’t entirely certain just who this guy was. And then he was on “The Voice”, serving as one of the mentors for (my favorite) Alicia Keys. And I was sitting on my couch thinking, “Okay, he is cute!” Even his voice is just so hot. I can’t.

So, WHO the heck is this Charlie Puth guy? According to Google, he’s 24 (turning 25 on December 2), and can thank YouTube for the rise of his success. His debut was on “See You Again”, written, produced, and co-performed with Wiz Khalifa in tribute to Paul Walker. WHOA.

According to Wikipedia, his eyebrow is scarred from a near-fatal dog bite incident. Clearly, he’s a badass. And, random fun fact, when he was in 6th grade, he went door-to-door selling his Christmas album “Have a Merry Charlie Christmas”, which he recorded and produced, and made $600. 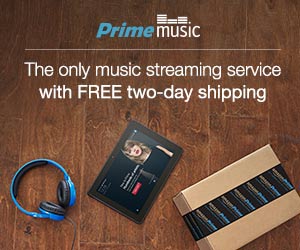 OKAY, now this is the inspiration we need on a Wednesday! The kid was recording and producing his own stuff in 6th grade? Time for me to get on my grind here.

His YouTube channel, Charlie Vlogs, was where he got his following, and he used the medium to post cover songs, including Sia’s “Chandelier”, comedy videos, and behind-the-scenes coverage.

At the beginning of this year, he released his debut album, “Nine Track Mind“, which peaked at number 6 on the Billboard 200.

Although he’s a talented singer and performer, I definitely think he’s found his success behind the scenes – writing, recording, and producing, which is respectable. I am looking forward to what comes next from him!

In other music news, John Mayer is releasing his first single off his upcoming album (expected to drop in 2017). The new single, “Love on the Weekend” will be released TOMORROW!!!

I’m not the only Mayer fan freaking out – it’s been more than two years since we’ve heard anything new from the guy. So, I’m anxious to hear what the sound will be – will it be an evolution of the Montana John we’ve gotten on the last two albums, or something new? I’ll be sure to report back.

Speaking of new albums, when are we going to get something new from Justin Bieber? He’s had two new songs out, “Cold Water” and “Let Me Love You”, which are both awesome, so does this mean there’s a new album on the horizon? I haven’t seen any news on the topic, but I’m keeping my eyes open on this one.

What music are you currently listening to, or looking forward to? I am always looking for more things to put into my ears, so let me know!