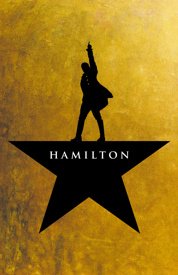 I finally got to see ‘Hamilton’!

Saturday night, I went to see the touring cast of “Hamilton” perform the award-winning Broadway musical right here in Austin at Bass Concert Hall. Seven weeks ago, I waited in a digital line for a little over an hour to get my ticket, and I’d been looking forward to the show ever since.

Before I get into the show itself, I want to say that I really haven’t been a part of the hype surrounding “Hamilton”. At first, I didn’t really understand it at all. But, I do like pop culture, and in an effort to find out a little about it, I watched “Hamilton’s America” on PBS in November of 2016.

The show, sort of a mini-documentary, followed “Hamilton” creator Lin-Manuel Miranda as he pieced together the concept of the show and wrote the songs. It was fascinating and very inspiring — I watched it multiple times over!

As a writer, what Miranda did is pretty exceptional. He bought a book (Ron Chernow’s biography on Alexander Hamilton) at the airport before going on vacation, and discovered a Broadway musical that needed to be written. And it became the most popular musical of all time.

Other than watching the PBS show and hearing snippets of the songs, I really didn’t know much about the show before attending. 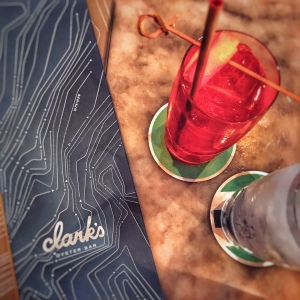 I decided to turn the night into a special occasion and take myself out to dinner before the show. I went to a spot I’ve been eyeing for a year: Clark’s Oyster Bar on West 6th street.

I treated myself to a champagne spritzer (my first drink in three months) with raw oysters from Prince Edward’s Island, Massachusetts, North Carolina and Washington — they were all so delicious! I also ordered the shrimp toast and it was decadent and very much worth breaking my vegan diet for. Yum!

When I got to my seat, there was a bit of a debacle. An usher took me to my seat and it turned out, it was actually the wrong seat so another usher was mad, saying I can’t just sit anywhere, and I didn’t even know I was in the wrong seat… so that was awkward. 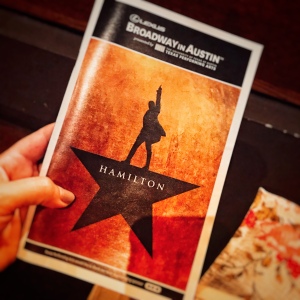 My actual seat was fine, and it wasn’t long before the lights lowered and the opening sounds of “Alexander Hamilton” began.

Which also meant it wasn’t long before the group of women behind me were singing along with most of what was happening on stage. It was very, very annoying and, it’s against proper theatre etiquette.

I’ve only been to a handful of plays, but I know everyone in the theatre paid a lot of money to get a seat and the LAST thing I want to hear is someone that isn’t on stage singing.

And that’s when I realized it: “Hamilton” is the Disney World of Broadway musicals. Sure, it’s smart and it’s fun, but it’s also expensive, hyped and people go to it so many times they could’ve sailed the ocean three times and learned a thing or two about this world. 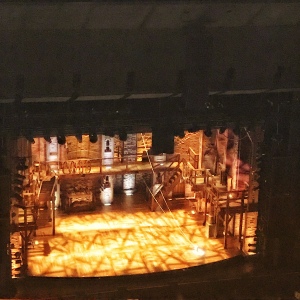 If there is one thing I’ve learned about popular things, it’s that everyone loves mediocrity.

Now, I’m not saying “Hamilton” is mediocre. It was well-done, and parts were impressive. In fact, during some parts I felt overwhelmed and had trouble focusing because of the set, the costumes, the songs — there are 55 songs in the show and very, very little dialogue.

I also, admittedly, don’t remember much about this portion of history, so I felt a little lost at times (my fault, not Miranda’s). I am number two in line for Chernow’s book, so hopefully I can brush up on what I learned in school… or perhaps learn it for the first time.

The show follows founding Alexander Hamilton (there are spoilers ahead) from the time he arrives in New York from the Caribbean island of Nevis after surviving life as an orphan. He’s determined to attend school and later accepts the position to be George Washington’s right-hand man.

The men have several disagreements with each other before he’s sent home and finds out his wife is pregnant. Hamilton later writes The Federalist Papers and is chosen by Washington to be the Secretary of the Treasury.

When Eliza takes a summer away, Hamilton gets involved in an affair, and the political blackmail begins. I won’t give away the rest, but if you’re a history buff, you already know what unfolds.

My favorite character was Thomas Jefferson, played by Kyle Scatliffe, who has performed in “The Color Purple” and “Les Mis”, among others. I enjoyed the performances of “Non-Stop”, “Yorktown (The World Turned Upside Down” and “Who Lives, Who Dies, Who Tells Your Story”.

All in all, I thought it was great. Phenomenal? No. Best Broadway show I’ve seen? No.

I say this to encourage anyone who sees it, or who reads a New York Times Bestseller or who sees a movie that’s 100% on Rotten Tomatoes, to still experience it for yourself and form your own opinion on it, even if it’s not the same one everyone else has.

It sounds simple, sure, but I’m certain the next time I tell someone I didn’t LOVE “Hamilton”, that I’ll get a weird look, or a promise that I must’ve just not understood it, yeah, yeah, yeah.

I’m glad I got to see it for myself, and I’m looking forward to filling in any of the gaps when I read Chernow’s book!

If you’d like to see more writing from me, I curate and edit an email newsletter focused on local news and entertainment in Austin, Texas, called Inside Austin. It comes out every Tuesday and Thursday, but once I hit 3,000 subscribers, it gets a third day of publishing. Sign up to get Tuesday’s newsletter and/or read past issues!