From the same crew who made ‘Making Oprah’. 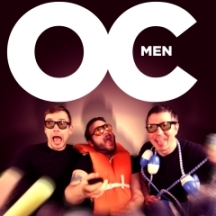 A good one for laughs.

I cannot get enough of ‘Vanderpump Rules’.

I can’t believe it’s come to a “Part 9” of my podcast recommendations – but here we are. Dream big, folks!

It’s been an entire year since I posted about podcasts and that’s simply because I haven’t been devouring them quite like I used to. Since then, I’ve gotten my own office, with a door, which means I spend more time working in silence, sometimes I listen to music, and sometimes I’m simply listening to new episodes from the podcasts I’ve recommended over the years.

I’ve slowly been finding new podcasts to listen to, and well, that’s why I’m writing today – just in case you’ve been looking for some good content to feed your brain. Here goes…

If you’re missing the kindness, wisdom, and poise from our former President (le sigh), this one’s for you. Created by the same people at WBEZ Chicago who brought us “Making Oprah”, this is “Making Obama” and it documents his story from his application to law school. Here’s the description from NPR:

Former President Barack Obama — along with key advisers, mentors, and rivals — tells the story of his climb from Chicago to the national stage. Season One of Making told the story of how Oprah built a media empire. Now, the story of how Chicago shaped the country’s first African-American president.

Right now there are only six episodes (I’m currently on episode 5), and that might be all we get – “Making Oprah” was only 3 parts, with a few bonus episodes. But nonetheless, each episode is around 1-hour, and is so interesting. Start listening to episodes here.

I just started listening to this one after I finished watching season 1 of “The OC” for the first time (read my review here). So, I’m only one episode in, but this is pretty comical. Here’s the podcast’s description:

A podcast following the journey of three jerks watching the mid-2000’s show The O.C. Super-fan JT tries to explain the show to his dumb friends, Russell and Jamie, who know nothing about it.

These guys go pretty deep – some of them are studying film, so they really discuss the actors, the body language, and even camera angles. But of course, they’re still talking about “The OC”, and it’s one episode at a time. From the looks of it, they have one podcast episode per “OC” episode, and it looks like they’re all posted, so you can binge away. Start listening to episodes here.

I had “Drawl” on my list of podcasts to listen to for months and am finally getting caught up – I’m so glad, because it’s wonderful! Before I go any further, here’s the description:

I met Donney and Desiree when I was dabbling into the Baton Rouge poetry scene – and these two are so inspiring. They are both amazing poets and they also do an incredible job working with Baton Rouge youth, helping them to use their voices in positive ways. The podcast features a new guest each episode, and it’s making me want to pick up my poetry pen again! Listen to episodes of “Drawl” here.

Straight Up With Stassi

I love, love, LOVE “Vanderpump Rules” and I’ve had my ups and downs with how I feel about Stassi. She’s fashionable and fun, but is she someone I’d go to for political advice? Maybe not. But, this is a fun podcast, and she’s real about everything she discusses, which I love. You can’t fault her for being true to herself, plus, she features fun guests, friends and family. Here’s the scoop:

Love her or hate her, but you can’t ignore the sassy, quick-witted Stassi Schroeder, star of Bravo’s “Vanderpump Rules.” Never one to hold back on any topic, Stassi is here with a weekly podcast, “Straight Up with Stassi’, a biting and hilarious look at the world and everyone in it, according to the Queen Bee herself.