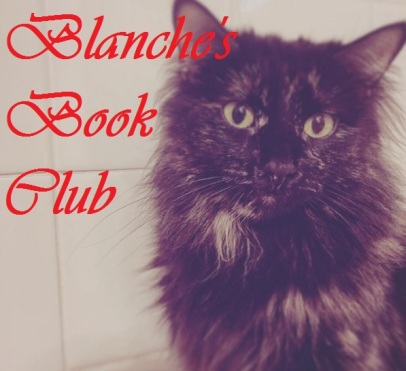 Yes, I liked this one!

Hey there! This week’s read from Blanche’s Book Club might be a little unexpected, or at least that’s what my friends were telling me when I told them what book I was reading. It’s “Settle for More” by Megyn Kelly.

Before I get into WHY I wanted to read it, I’ll give you the scoop from Amazon.com:

Whether it’s asking tough questions during a presidential debate or pressing for answers to today’s most important issues, Megyn Kelly has demonstrated the intelligence, strength, common sense, and courage that have made her one of today’s best-known journalists, respected by women and men, young and old, Republicans and Democrats.

In Settle for More, the anchor of The Kelly File reflects on the enduring values and experiences that have shaped her—from growing up in a family that rejected the “trophies for everyone” mentality, to her father’s sudden, tragic death while she was in high school. She goes behind-the-scenes of her career, sharing the stories and struggles that landed her in the anchor chair of cable’s #1 news show. Speaking candidly about her decision to “settle for more”—a motto she credits as having dramatically transformed her life at home and at work—Megyn discusses how she abandoned a thriving legal career to follow her journalism dreams.

Admired for her hard work, humor, and authenticity, Megyn sheds light on the news business, her time at Fox News, the challenges of being a professional woman and working mother, and her most talked about television moments. She also speaks openly about Donald Trump’s feud with her, revealing never-before-heard details about the first Republican debate, its difficult aftermath, and how she persevered through it all.

Deeply personal and surprising, Settle for More offers unparalleled insight into this charismatic and intriguing journalist, and inspires us all to embrace the principles—determination, honesty, and fortitude in the face of fear—that have won her fans across the political divide.

So, there you have it! I didn’t know much about Ms. Kelly before all of the publicity Trump gave her, but I saw a feature on her on “Sunday Morning”, and I really appreciated the fact that she’d come up through the journalism ranks in an honest way. Many journalists you see on TV didn’t earn their spot.

The book indeed dives into Kelly’s issues with Trump, which started well before the primary debate she moderated, and continued for nearly an entire year afterward. The book also covers her personal and family life, her initial career as a lawyer, and how she transitioned into the world of journalism. It also (briefly) touches on the her allegations against Roger Ailes for sexual assault.

Kelly left Fox news in January, also leaving her nightly show “The Kelly Files”, behind for NBC. However, there is no official start date for her (per an article in the Washington Examiner dated March 15).

The only thing I don’t like about Kelly? That she’s very clear on NOT being a feminist, especially when she doesn’t seem to even understand the concept, and she’s in the perfect position to be one!

But, I’d still definitely recommend this book if you’re at all a fan of journalism, or if you’re interested in a behind-the-scenes look at what happened between her and Trump (she has scanned emails in there).

The next book Blanche’s Book Club will be reading is “The Unexpected Everything” by Morgan Matson. Read it with us by simply reading it and hitting me up on social media @OrangeJulius7 and/or commenting right here on the blog!

I hope you all have a fantastic, fun weekend. I am thinking about seeing “Beauty & the Beast”, and I know I’ve got loads of “Big Little Lies” to catch up on. Catch y’all on the flipside!

Blanche LOVES ice cream on a stick 🍦Her favorite flavors are toffee & cookies n’ cream 😋 As much as I try to hide my treats on a stick, she KNOWS when I open the freezer! I’m taking this as the first sign of summer! * Please note that I check all the ingredients to make sure it’s ok for her to have a few licks 😘 #Blanche #sharingiscaring #atx #catlady #frozenbanana #veganicecream
Yesterday was my last day as a member at Dance Austin Studio. When I moved to Austin in 2015, I was so excited to start dancing again after a break for 10+ years 😎 I danced in elementary (jazz), made the pom squad in middle school, & was captain of the high school dance team — where my Pepsteppers at?! 😆 Dance has been such a positive form of creative expression for me over the years & it’s served as an escape when I needed it most: when my parents divorced and when my dad passed away 💔 I met so many amazing friends at DAS and for that, I’ll be forever grateful. It also secretly fulfilled a dream I’ve had since I was a kid — to dance in front of hundreds of people and really just put it all out there! 👟 In recent years though, dance has boiled up some of my traumas from the past regarding sexual abuse and assault. I won’t let my love for dance be taken from me, but I need time to heal the wounds from my past that have affected the way I feel inside my skin. Don’t worry, dance parties in the kitchen are still a thing! I’m excited to check out some other classes from former DAS instructors I love so much — you all welcomed me and never judged me. Thanks for the experience of a lifetime! 👗 #dance #atx #keepaustindancing #dancer #newchapter #danceface
“I have to show up — although it would be so easy not to. Some days, I’m done with it all. I don’t want to count my steps. I don’t want to acknowledge what’s worse today, or what will inevitably get worse down the road. It’s exhausting to parse out what is Parkinson’s and what is attributable to other factors. Some things I can’t do because I’m fifty-eight. Is that old age? It was when I was twenty-one, which feels like five minutes ago.” — @realmikejfox
I’m slowly starting to cleanup my patio from the rough winter 😒 The good news is, nearly ALL of my plants survived and most of them are growing! 🐛 I hung these solar string lights last week and I get so much joy just seeing them when I’m in my kitchen. Looking forward to many nights out here soon 😎 #patio #aptlife #atx #atxspring #solarlightsoutdoor #cactus #tejas
I started this week like so many others — with hope that I’d find a gig to help pay my bills. The pandemic cut my monthly income by 80-90% and it’s been an entire year of ups and downs 😫 But I’m ending the week with 3 new gigs. It’s not pre-pandemic cash, but it means I get to have a taste of normalcy, that I get to stay in my apartment, that I get to treat myself 🌟 I know this isn’t over. But I do know that self-talk, manifestations, dreaming, hoping... it’s how I got out of bed every day. Here’s to yet another chapter. Let’s see how this goes! 💖 #manifest #create #dream #thebitterlemon #writer #freelancewriter #armstack #newjob #writingjobs
I got my first pair of non-prescription blue-light blocking glasses from @eyebuydirect 🤓 I’ve purchased 5 pair of glasses from them (prescription, sunglasses) over the years & am sharing it on Thebitterlemon.com today 👩🏻‍💻 I’ve had them for 2 weeks and wear them all the time (I accidentally ran an errand with them yesterday) 👓 Do you wear blue-light blockers? // Style: “Perry” in coral #thebitterlemon #linkinbio #eyebuydirect #bluelightglasses #bluelightblockingglasses #atx #selfie #glassesgirl #glassesfashion
I didn’t think I’d be so emotional seeing and holding this book, but I am 💙 It’s the 5th book I’ve written but my first try at long-form fiction. Not only do I love this story, these characters, this town in the pages, but I learned so much writing this:
Grabbed my Easter candy & hit the road in search of Bluebonnets! 🕵️ Found a few, but I still have more spots to visit this month — they are so pretty 🦋#texasbluebonnets #bluebonnetseason #atx #bluebonnetfield #spring #signsofspring
I got my second dose of the COVID-19 vaccine last week & am counting down the days to freedom 💉 I’m grateful for every person that had a part in creating these vaccines to bring us closer to better days: doctors, scientists, lab workers, researchers, trial participants, everyone 🦠 I did have some gnarly side effects & I’m sharing it all + tips for signing up to get a vaccine on Thebitterlemon.com today 🔬 PS. My mask is from @studiomucci & it’s my favorite one! 💖 #vaxxed💉 #vaccine #vaccinated #atx #covidvacccine #sciencewins
Feeling a bit brighter now that I’ve hung my lemon + magnolia leaf wreath! 🍋 I’ve also updated my Patio Playlist #linkinstory & I’m loving the new bops 🌼 I’m manifesting all sorts of fresh starts this season! #texas #atx #texasspring #diywreath #lemonwreath #springdecor #homedecor #springwreath
Congratulations, Stephanie & Kris! 🤍👰🏻🤵🏻 #zoomwedding #brideandgroom #forever
What a year it’s been 🦠 Some days, it feels like 10 years have gone by and my thoughts of life without masks and social distancing are fuzzy, but then I’ll get a clear memory of a long plane ride, a bowl of ramen at a crowded counter in NYC, or a John Mayer concert and I remember the joys of life that I miss so much 💙 I’m sharing an honest account of my last year in quarantine: the money I lost, what I ate, anxieties, things I did for fun, and how I’ve dealt with the struggle of it all — it’s on Thebitterlemon.com today (strap in, it’s a long one) ☠️ Here’s to hoping the next year brings back all the things we’ve missed #linkinbio #thebitterlemon #pandemic #quarantine #quarantinelife #ayearinquarantine #memories #covidlife