The Fun & Joy In Remote Parts Of North Carolina

North Carolina is one of the most easterly states in America. Historically, it plays a big role in how the early European settlers established small areas of communities. It’s one of the first places that they explored. Contrary to popular belief, not every single ship landed in what is now known as New York or Washington D.C. All along the eastern coasts, many different ships landed here. So you can expect to see some of the earliest architecture styles still existing here, with many town halls, homes and cabins still trapped in the 18th century capsule. However now in the modern day and age, it’s a state of almost 11 million people. There’s also a rich Spanish and Mexican culture in the state. You can sense from the beginning that North Carolina is one of the least populated states in the country. Seeing as America is around 330 million people, an entire state of just 11 million or so is quite sparse. However this means that you have so much space, so much room to breathe, so many different remote places where you can do fun things to visit.

The mountain and the valley

North Carolina is a strange but blessed state. It’s on the eastern side of the country, yet it has features that could rival the midwest. More toward the south, you would think that you would find more tropical-like weather but actually, it’s more northern in its natural beauty. Take a look at the mountains and valleys of the most westerly side of the state near Tennessee, South Carolina and Georgia. In the Nantahala National Forest you’ll find the Sapphire Valley Resort. Here you can go on wildlife expeditions with professional guides. Even wolves live in this part of the state, which can be regularly observed by teams of guides and guests. With a fantastic rating of 4.4 stars on Google Reviews, it’s a well-loved place to go and be at one with nature; but with some luxuries of course. The resort has a heated swimming pool outside and an indoor swimming pool as well. For your rooms you’ll have your own verander, from which you can sit, eat meals and watch the wildlife go about it’s business around you. If you really want to get the best experience, come to the resort during winter time where the whole mountain is covered in thick snow and the wolves are more likely to be spotted. 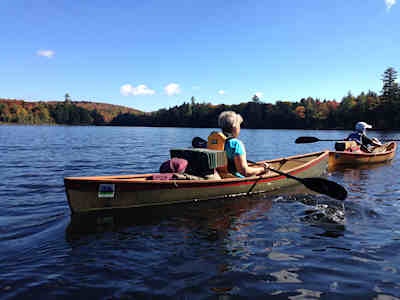 Stop off on route 85

Route 85 goes from the middle of the higher state of Virginia, all the way down through North Carolina toward Charlotte which is near South Carolina. One of the first stops you should make if you’re coming from further north is Henderson town. With a population of around 15,000 or so, it’s one of the more quieter places you’ll experience in the state. Here in the city there is a rich Spanish culture with a history of Spanish Ambassadors from the US living and working here. There are quite a few historical buildings still standing here and many of them having history with the early 19th century. Henderson may be a quiet peaceful town but you can find excellent natural beauty here to explore. Check out the Fox Pond Park and Kerr Lake where you take trekking trips. During the evening you can go to McGregor Hall where there is live music, performance arts and other kinds of shows on.

First you should find somewhere to stay, so consider lodging in Henderson as a top option. It’s a smoke-free place and has almost direct access to route 85. Every rooms comes with your own fridge so if you want to store some drinks or sandwiches for your adventure in the morning. To go with this your room has a microwave and coffee maker. For entertainment you also have a flat screen TV and free Wi-Fi. Newspapers can be delivered to you if you wish, but you also have a free breakfast too. The rooms come in king and queen sizes. Despite the town being old, the decor inside the rooms is very modern.

Right in the heart of North Carolina is the Broadslab Distillery. You can reach it by car by getting on route 95 for either north or southbound and then switching to route 50. It’s a in quiet place but you should see it’s large exterior from down the road. The closest town is Benson, and the distillery can be past on the way to Newton Grove. But in the middle of route 50, the distillery makes moonshine, and some of the best in the state. It’s an all-natural spirit and made up of very few ingredients so you get the purest flavor. Many of the ingredients used in the spirits they make are actually grown on land owned by the business. They offer tours to guests from all around the world mainly from Thursday to Saturday.

Their best spirit is probably their whiskey. It’s a recipe that has been passed down from multiple generations. The owner of the business, got the recipe from his family and now it’s been labeled as their top product. It’s called the Broadslab Legacy Shine as they stand behind it and sell it all over the state. The stills use aged wood in which they store their moonshine and other spirits. This gives their product a unique taste and texture which could explain the popularity they have with the locals and the state as a whole. They also have some historical information they give their guests as the actual drink moonshine has a long and chequered past. Some people actually make moonshine so strong that it has been banned from retail sales. The modern variants are brilliant with some ice and a barbecue dinner.

Sometimes you’ve just got to pass on busy and noisy holidays. Go somewhere remote, where you can enjoy the quiet and being one with nature. Begin first by heading to the Sapphire Valley Resort on the most western side of the state. From here head closer to the center and try out some sweet and strong moonshine. Then finally head up north to Henderson where you can explore the lakes, park, and Spanish culture.

Like Loading...
Processing…
Success! You're on the list.
Whoops! There was an error and we couldn't process your subscription. Please reload the page and try again.

Join 2,302 other followers
Advertisements
Follow The Bitter Lemon on WordPress.com