BBC Guide: ‘Hindsight & All the Things I Can’t See In Front of Me’

Hello! Thank you for purchasing the FIRST Blanche’s Book Club Guide of 2019! I’ve been thinking of ways to expand the book club ever since it started and I’m thrilled you’re here.

If you ever have any ideas of things you want to see included in these guides, let me know! You can email me: holly@thebitterlemon.com and/or catch me on Instagram and Twitter @Orangejulius7 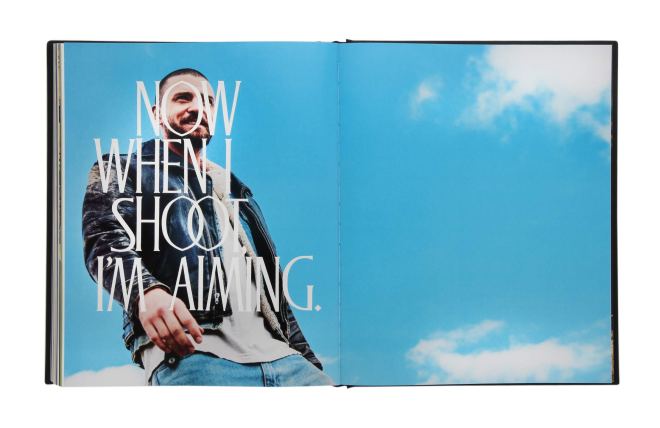 I have so many fond memories listening to *NSYNC and Justin Timberlake over the years. I specifically recall two memories involving *NSYNC CDs… The first one happened when the “No Strings Attached” album was released, in 2000.

My best friend and I were on vacation with my parents at the Mall of America. We bought the CD at the music store (probably a Sam Goody, remember those??) inside Mall of America and we thought we were SO cool. I’m pretty sure we were blasting it in our discmans the entire road trip home, too.

The other memory I have is in college… I was driving my friends out to the bar on a Friday night and we all needed to stop at the ATM. So we stopped, got our cash, and got back in my car – a little blue Daewoo – and there were some other college students standing nearby.

I start the car and immediately blast “I Want You Back” and all the people standing there just stared at us while we were all laughing.

I absolutely loved listening to Justin Timberlake’s debut solo album, “Justified” aaallll the time. I have so many memories driving through the streets of Columbus, Indiana with my friends, when we likely should have been at home.

I have always been a fan of Justin Timberlake – his music, his comedy sketches – he just seems cool. For all of those reasons, I really enjoyed reading this book. It was creative and fresh – because of course it was!

Naturally, I wish there was a little more information in there about his *NSYNC years, but perhaps there’s a bigger (and good) reason he didn’t go into much detail.

Will he write another one? I hope so. I’m curious to see what he does next, in general, with his life.

There were a lot of girls on my block, and they all had blonde hair, except for one. she was three years older than me, and she wore jordans, and she played basketball. i was obsessed with her. that’s one part of memphis.

It’s nice to be recognized by your peers. Sure, everyone wants to be invited to the party, and it feels that way when you receive any nomination for your work. it means just as much – or more – when I get a letter from someone about a song, or when someone tells me that my music got them through a hard situation, or that my music makes them dance.

I can’t be defined by anyone but me. I can tell you who I am or what I am, but not if you want me to be one thing. Because the only thing I’m sure of is that I’m not just one thing, nor will I ever be.

No matter what gets thrown at you, you catch it. You learn from it. And you figure out how to throw it back.

Pat both sides of slabs dry with paper towels. Using a sharp knife, remove thin membrane from back of each by slicing into it and pulling it off with a paper towel. This will make ribs more tender and allow meat to absorb the rub better.

Prepare a charcoal fire in smoker according to manufacturer’s instructions, substituting a mixture of 3/4 cup each of the vinegar and water in drip pan. Bring internal temperature to 250°F to 275°F, and maintain for 15 to 20 minutes. Place wood chunks on coals. Place slabs on smoker, meaty side up; cover with lid.

Smoke ribs, maintaining inside temperature between 250°F and 275°F, until meat is tender to the touch and pulls away from bones on the ends, 3 hours to 3 hours and 30 minutes. Remove ribs, and place on a baking sheet. Stir together remaining 1/4 cup each of vinegar and water. Spritz or brush vinegar-water mixture on both sides of ribs to thoroughly moisten. If desired, rub remaining 1/2 cup brown-sugar mixture on both sides of the ribs. Slice ribs between the bones, and serve.

What You Should Read Next

“Out of Sync: A Memoir” by Lance Bass

At sixteen, Lance Bass received a phone call from Justin Timberlake that would change his life forever. Soon after, he left his small-town home in Clinton, Mississippi, to join an emerging musical group called *NSYNC. Two years later *NSYNC was inspiring Beatles-esque mania around the world, becoming the face of the new MTV generation, and earning the all-time record for most album sales in a single day (more than one million) and in a single week for No Strings Attached.

He’s remained in the spotlight ever since, and here he talks in depth for the first time about his childhood, his astonishing experiences as a young man and Christian growing up in one of the biggest bands in the world, his shock and frustration at the band’s eventual dissolution, and his subsequent career, including his four months in Russia, training to become a cosmonaut.

He also frankly discusses life as a gay man — his first same-sex relationship at twenty-one, his struggle to keep his sexuality hidden from *NSYNC’s fans in case it jeopardized the band’s success, and the true circumstances that led to his decision to publicly come out at the age of twenty-seven.

Full of fascinating behind-the-scenes lore and revealing insights from a pop star who, until now, has been notoriously private, Out of Sync is the book that millions of fans have been waiting for.

“Broken Music: A Memoir” by Sting

Having been a songwriter most of my life, condensing my ideas and emotions into short rhyming couplets and setting them to music, I had never really considered writing a book. But upon arriving at the reflective age of fifty, I found myself drawn, for the first time, to write long passages that were as stimulating and intriguing to me as any songwriting I had ever done.

And so Broken Music began to take shape. It is a book about the early part of my life, from childhood through adolescence, right up to the eve of my success with the Police. It is a story very few people know.

I had no interest in writing a traditional autobiographical recitation of everything that’s ever happened to me. Instead I found myself drawn to exploring specific moments, certain people and relationships, and particular events which still resonate powerfully for me as I try to understand the child I was, and the man I became. 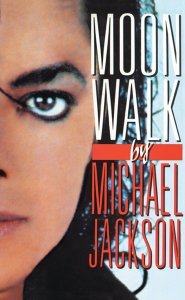 In this intimate and often moving personal account of Michael Jackson’s public and private life, he recalls a childhood that was both harsh and joyful but always formidable. Michael and his brothers played amateur music shows and seamy Chicago strip joints until Motown’s corporate image makers turned the Jackson 5 into worldwide superstars. He talks about the happy prankster days of his youth, traveling with his brothers, and of his sometimes difficult relationships with his family over the years. He speaks candidly about the inspiration behind his music, his mesmerizing dance moves, and the compulsive drive to create that has made him one of the biggest stars in the music business and a legend in his own time.

Jackson also shares his personal feelings about some of his most public friends…friends like Diana Ross, Berry Gordy, Quincy Jones, Paul McCartney, Fred Astaire, Marlon Brando, and Katharine Hepburn. He talks openly about the crushing isolation of his fame, of his first love, of his plastic surgery, and of his wholly exceptional career and the often bizarre and unfair rumors that have surrounded it.

Illustrated with rare photographs from Jackson family albums and Michael’s personal photographic archives, as well as a drawing done by Michael exclusively for this book,Moonwalk is a memorable journey to the very heart and soul of a modern musical genius.